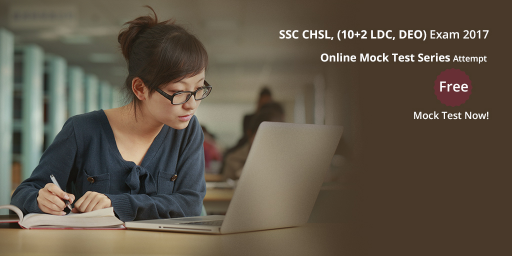 Are you a SSC CHSL aspirant? If yes, we have the right online platform for you to get started with our “Sure Shot SSC CHSL Mock Test Series” that contains 5 full length tests based on CHSL exams going on in January 2017, worth Rs 149/- Only. Our test series are with all the exam preparation essentials to sail through SSC CHSL. Along with our test series, we also provide you 1 Free Mock Test to analyse your preparation level.

Features of our online tests and test packages:

Practice with us and raise your performance bar!