Pick a plan that works for you and suites you.

Live Classes & Videos can be played on Web & App both

A Video can be played for approx. 270 minutes (Max. video play time = 3 times the length of the video)

What are Refund & Return policies?

There is no provision for order cancellation. Toprankers reserves the right to offer refunds, discounts or other consideration in select circumstances at its sole discretion.

Which mock test is the best for UCEED?

Solving UCEED Mock Test is the most effective preparation method for the test. The online test series available on Toprankers has questions from earlier years' question papers as well as questions that are likely to be asked in the test.Experts in the industry have curated the questions asked in the mock tests. One can get performance analysis and detailed solutions to the questions. Attempt the free test from the link above

How do I revise UCEED Mock Test questions that I have already attempted?

Your analysis report has all the answers for the inaccurately answered questions that you have attempted. It is available after you complete the test.One can likewise bookmark the inquiries, they wish to revise or attempt once more. This can be viewed from your dashboard as well.

Is there any UCEED Mock Test official site?

The exam conducting authority i.e. i.e. the Indian Institute of Technology (IIT) doesn't publish any official UCEED Online Mock Tests. You can however, attempt the free tests and unlock paid test packages from Toprankers for your online preparation.

I could not save my answers while attempting the UCEED Mock Tests, what do I do?

The test is not marked "Attempted" unless it is successfully submitted by the candidate. You can click on the "Attempted Tests" button and resume the test.

There are free mock tests available for UCEED along with paid tests. You can attempt these tests for enhancing preparation levels.

You need to attempt the UCEED Mock Tests only in online mode. You can login to the Toprankers website and attempt the mock tests.

What are the advantages of UCEED Mock Test Papers Online?

You can attempt the UCEED Mock Test on the Toprankers website. You can download the question papers for enhancing preparation levels.

How many times I can attempt UCEED Mock Test Free?

You can attempt the UCEED Free Mock test only once, however you can refer to the questions anytime for knowing which type of questions are asked.

Why should I take the FREE mock tests on your website?

Our FREE mock tests are designed as per the latest pattern asked in competitive exams. In case you like our mock tests and get benefitted by them, you can check out our other products as well. You can take the FREE mock tests at zero cost.

Classes, study materials and mocks are comprehensively prepared. You should definitely buy the course and upgrade your preparation. Additionally, you can get 30%OFF using coupon code “VEERCR4Y3GR4” [ 15% discount [upto 3K]+15% cashback[upto 200] in PAYTM] Fill this form to get cashback “bit[.]ly/3NDUUG7” 🏷 VEERCR4Y3GR4 🏷🏷 VEERCR4Y3GR4 🏷

Undergrad Common Entrance Examination for Design (UCEED) is undertaken by IIT Bombay under the direction of the UCEED-CEED Implementation Committee annually to offer admission to candidates in Bachelor of Design (BDes) programs offered at universities accepting UCEED scores.

UCEED is an online assessment of three hours duration that is usually undertaken in the month of January annually. Simply appearing for the UCEED test or securing a spot in the UCEED rank list alone doesn't ensure that you get admission to BDes programs.

Applicants who qualify for UCEED need to apply separately for admission according to the process endorsed by IIT Bombay. Admissions to the BDes program are made based on merit in every category. The merit list is declared on the basis of scores secured by applicants in the written test. UCEED application form for UCEED 2023 will be issued tentatively in October.

One of the extraordinary approaches for UCEED Online Coaching is solving many UCEED online mock tests. With the assistance of the free UCEED mock test 2023, applicants will not just have a reasonable idea regarding how the overall entrance test will be. Still, they will also be able to figure out a preparation strategy that will most likely help them to secure a top rank without a hitch.

Questions in UCEED Mock Test are in accordance with the difficulty level, paper pattern, and the number of questions posed in the IBPS RRB test.

UCEED paper design has been proposed by the Indian Institute of Technology (IIT). The exam duration is three hours term, and applicants are assessed out of 300 marks. Till 2019, the UCEED exam paper typically had 85 questions. However, since UCEED 2023, applicants have to attempt a total of 69 questions.

The UCEED test is undertaken in an online mode, and the test paper is subdivided into two sections, that is, Part An and Part B. UCEED Part A test contain three sections, whereas Part B comprises just one drawing question.

The following are some of the crucial details of the UCEED Part A and Part B exams:

The following is the UCEED Paper Pattern for both Part A and Part B exams:

The following is the marking scheme proposed by IIT for UCEED:

The following are some of the benefits of solving UCEED Mock Test Papers:

UCEED Online Mock Test Series listed on the platform here has incredible features to make one's underlying endeavor for UCEED a fruitful one:

Toprankers, launched in 2015, is India’s most preferred digital counselling & preparation platform for careers beyond engineering & medicine. We envision to build awareness and increase the success rate for lucrative career options after 12th. We offer best learning practices and end-to-end support to every student preparing for management, humanities, law, judiciary & design entrances. 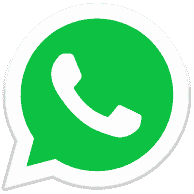