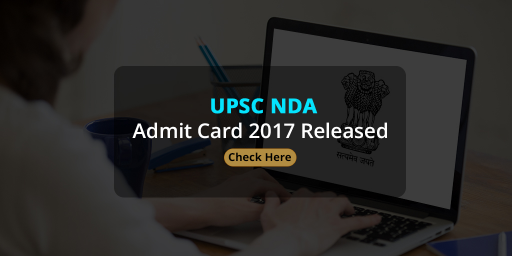 UPSC (Union Public Service Commission) conducts National Defense Academy (NDA) examination twice in a year. Candidates can apply for NDA Exam after passing 12th or who are appearing in 12th class exam. Admit card of NDA 2017 had been released by the Union Public Service Commission. Those who have applied for National Defence Academy and Naval Academy exam can download their admit card. This hall ticket should be carried for each session in the examination hall along with printout of important instructions.

Follow the below steps for downloading the UPSC Admit Card 2017:

All the Best for the Exam!

5. Now Fill up the Details and Click on Search.

6. Your Call Letter/Admit Card/Hall Ticket will be on your Screen.