Adding to the multiple series of valuable informational announcements coming out for the candidates appearing in SSC this year, here is another informational release. 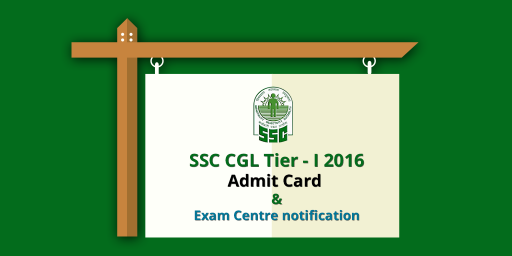 The centre(s) that have been listed by SSC are for those candidates who are appearing from the western region of the country. The SSC (WR) is going to conduct the Combined Graduate Level (CGL) Tier – I exam online from 27.08.2016 to 10.09.2016 on the following locations mentioned below:

As per the SSC’s notification, all candidates should are expected to ideally receive their SSC 2016 admit cards latest by 15th August, 2016. In case of non-receipt of the same by 15th August, the candidates are supposed to approach the commission i.e. SSC (WR), Mumbai latest by 20th August, 2016. Candidates can also write in and reach the commission via emails to - examsscwr@gmail.com, rdsscwr@gmail.com.

The broader information on the official SSC CGL 2016 admit card and SSC CGL 2016 centre notification can be however received by visiting the official website of the commission. Go through the listing to be updated on all information relating to the exams to avoid all those last minute hassles. Be ready in advance and get a grab on the exam with the right information at right time.