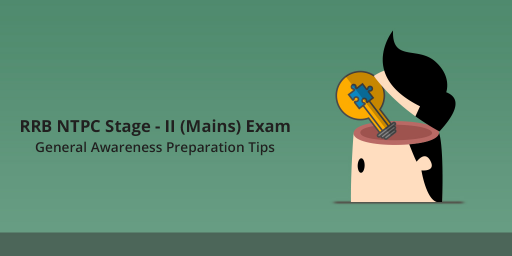 The Railway Recruitment Board (RRB) is going to conduct the 2nd stage CBT (Computer Based Test) i.e. RRB NTPC 2nd Stage Mains 2017 exam. Candidates equal to 15 times the available vacancies will be shortlisted for 2nd stage CBT of RRB NTPC.

The final selection will be merely based on the merit obtained by a candidate in the RRB NTPC 2nd Stage CBT 2017 or/ and Aptitude Test/ Typing test results. Mark normalization will be based on extant rules of both 1st stage and 2nd stage CBT of RRB NTPC.

The pattern of RRB NTPC 2nd stage CBT 2017 is as follows:

Note: Time duration of the exam will be of 90 minutes.

Let us first figure out what are the important topics of ‘General Awareness’ section in RRB NTPC Stage 2 Mains:

Given below are some of the books which you can follow:

We hope that this article is helpful. Stay tuned for more updates. Best wishes from Toprankers!