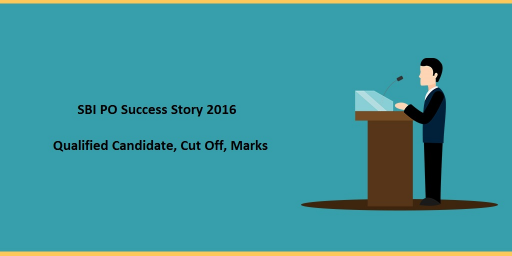 The competitive exams are round the corner, and the aspirants might have started their preparations by now. We get to read so many tips and tricks for preparation. This article intends to put forth a success story of a young and dynamic graduate who was kind of a rolling stone until he decided to prepare for SBI PO exam.

Rasheed Habib, a qualified B.Tech (EEE) who passed out in 2013 got a job in some private organization. He was not satisfied with his job and so left it in 2014 to start his preparation for Government jobs. He knew it was not easy, there must be some guidance. He was in dilemma whether to go ahead with GATE or Banking exam preparation. He has taken his friend’s suggestion in trying his luck in the Banking exams.

He gave an attempt in IBPS clerk 2014 which did not yield good results, failed miserably even in GATE. He finally decided to seriously prepare for the Banking exams by supporting himself with some additional guidance to make a successful attempt for SBI PO exam.

His preparation turned out fruitful and he passed out with excellence. Here are his marks in SBI PO:

There is always something called dedication without which one cannot achieve success at this rate. His attempt in SBI PO Mains was a failure, tried his luck in many other competitive examinations and primarily PO exams. His principle was “If you are not succeeding in spite of full effort, then don’t change the aim, just change the way”. When he failed miserably in IBPS Mains, he thought he should go back to some private job as he failed interview by cut off 1.5 Marks (OBC). He got amazing support from his family who encouraged him to give another attempt. He analyzed his marks as well as his weaknesses. He was lagging in General Awareness. He has not particularly taken any coaching until then. He somehow found capsules (app) online that has enabled him to make his preparations further and better. That way he successfully cleared the SBI PO Mains and interview.