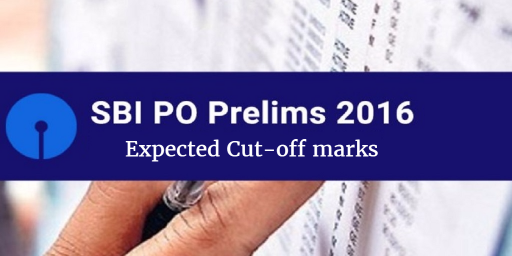 Here is the expected cut off that we have created on the basis of analysis of these coaching institutes’ cut off lists & the question paper analysis.

We have also given below the SBI PO previous year cut off list for prelims exam. This will help you analyze things better.

The candidates who wish to know about the complete details of SBI PO Prelims 2016 exam and also the SBI PO Mains 2016 exam should stay tuned in to our site for more articles & updates on SBI PO examination 2016.