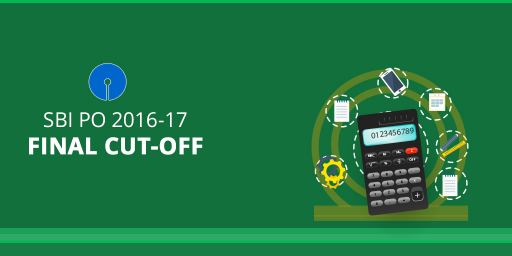 State bank of India has released the Probationary Officer recruitment to fill various vacancies in SBI branches in India. The SBI PO cut off is the minimum qualifying marks a candidate is supposed to secure in each phase of the exam. The cut off in each stage of exam will be decided by the State Bank of India based on factors like the number of candidates appearing for the exam, number of marks, difficulty level of the exam, number of vacancies etc. The candidates who secure the SBI 2017 cut off or above will be eligible for appearing for the next level of recruitment process. The candidates must qualify in all the three stages of exam by securing the SBI PO cut off 2017 score. Separate cut off scores will be announced by the examination authority for the objective and descriptive tests. The final allotment of the cut off scores will be based on the scores calculated using normalization at each level.

This article attempts to provide the expected cut off for 2017.

Hope this will give you clear idea about SBI PO 2016-17 cut off, Good Luck for Upcoming exams.