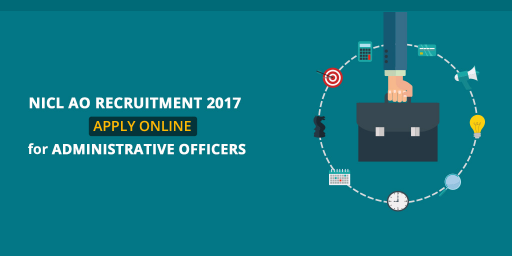 National Insurance Company Limited (NICL) has published a recruitment notification for the post of Administrative Officers (Generalist) under Scale-I grade. The eligible candidates who are willing to make a career in insurance sector can apply.

The selection will be based on three phases : Preliminary exam, Mains exam and Interview.

Note: There will be sectional cut offs in both prelims and mains.

Keep following us for more updates on NICL AO Recruitment 2017