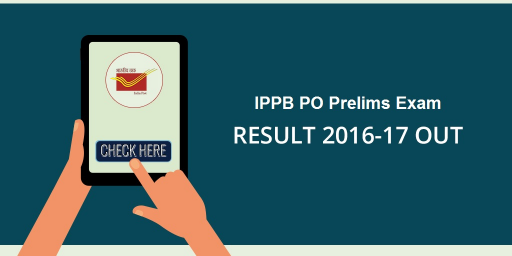 Today INDIA POST PAYMENTS BANK LTD. (IPPB) has released the result of IPPB PO Prelims examinations which were held on 7th January and 8th January 2017. Click the below link to download the pdf.

Alternatively, you can also download the results from the official website of IPPB. You have to enter credentials of registration number or roll number and password or date of birth (in DD-MM-YYYY).

We hope that this article is helpful. Stay tuned with us for more updates. Good luck!