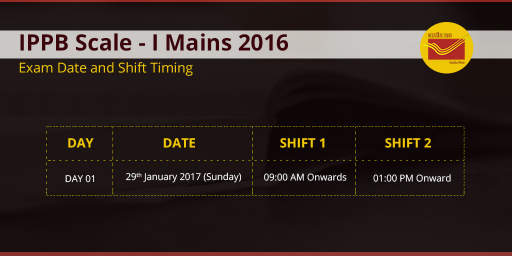 India Post Payments Bank (IPPB) Officer Scale I Mains 2017 exam is ahead! The examination is awaited by hundreds of students to qualify and get into their dream job. This exam is conducted every year to fill in 1700 and above vacancies. The IPPB Mains 2017 is scheduled to be held on 29th of January 2017. The IPPB Officer Scale I prelims was held on 7th and 8th  January 2016.

We recommend you to keep calm and prepare well for the IPPB Officer Scale I Mains 2017. All the best!