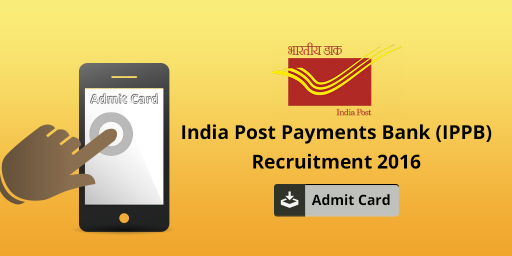 The call letters required to appear for IPPB Officer exam. India Post Payments Bank Limited will take written exam of Objective type for Officer Scale II, III and V on 17th December 2016. For that, admit card have been released .

Selection will consist of the following steps:

The final selection shall be made on the basis of interview. Merely satisfying the eligibility norms do not entitle a candidate to be called for Examination / Group Discussion / Interview.

The IPPB Admit Card 2016 have been made available by the India Post Payment Bank IPPB on its official website.

There are some simple steps that the candidates will have to follow on the official website of India Post Payment Bank IPPB to check their results.