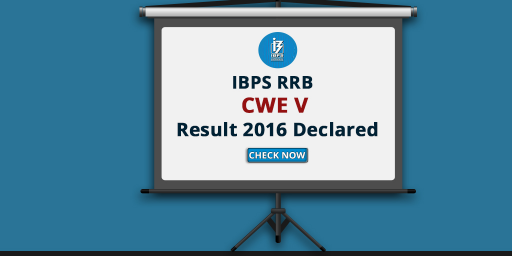 Check the result in the below table by clicking on the appropriate link:

All the qualified candidates have to appear for the interview to be held as per the schedule announced by the conducting body. IBPS RRB result 2016 is calculated after adopting the process of equi-percentile method of normalisation. The score obtained by candidates has been normalised to adjust difficulty levels of exam sessions.

The final IBPS RRB 2016 result for allotment of banks will be declared in March/April 2017. All the Best!