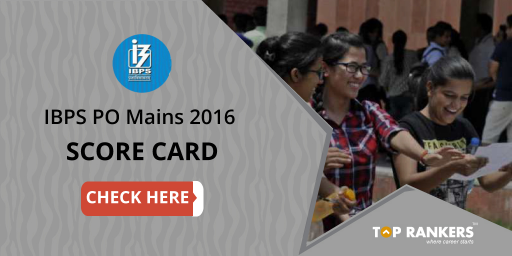 The Institute of Banking Personnel (IBPS) has released IBPS PO Mains score card 2016 and official cut- off marks for selection process. The candidates who have managed to get shortlisted for the final round i.e. interview can get their admit cards at www.ibps.in

The candidates can also check the IBPS PO Mains official cut- off marks (both sectional and overall) released by IBPS.

The interview round of IBPS PO Mains 2016 is expected to be held in the month of January or February 2017 (tentative dates). After the interview round, the final list of allotment of candidates will be published. In order to shortlist candidates for next round, both sectional and overall cut off marks has been taken into consideration. Let us go through the sectional and overall cut- off marks which IBPS has officially released:

We wholeheartedly congratulate the candidates who have qualified in IBPS PO Mains 2016 exam. Great going and keep it up. We wish you good luck for future!