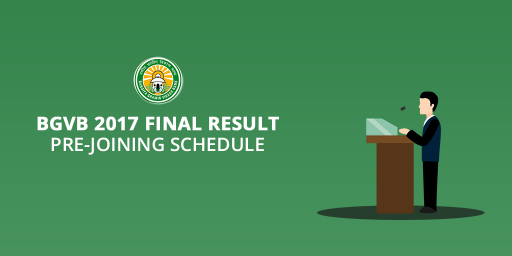 Bangiya Gramin Vikash Bank (BGVB) has released the Pre-joining Formalities schedule for the candidates who have been shortlisted for the post of JMG-I and office assistant on the basis of RRBs-CWE-V.

The letter for final verification of documents etc has been sent to selected candidates of IBPS CWE RRB V to their recorded address.The candidates are requested to Report at BGVB Head Office for document and bio-metricimpression verification and on any working day in between 10.04.2017 to 13.04.2017.