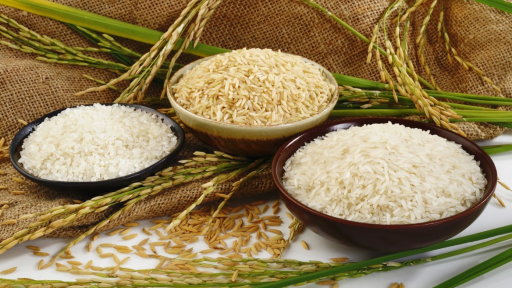 The Karnataka Government in May 2016 decided to establish Rice Technology Park at Gangavati.
•    Maize Technology Park will also be established at Ranebennur in Haveri district.
•    These parks will be established under public private partnership
•    The establishment of the Rice Technology Park will help paddy cultivators in the Tungabhadra Command Area in Ballari, Raichur and Koppal districts.
•    It will also help the paddy cultivators in the command areas of the Upper Krishna Project in Shahpur and Surpur taluks in Yadgir district and Vijayapura and Bagalkot districts.
•    Park will have facilities for rice flour, rice rava, rice bran oil, noodles, rice-based alcohol, animal and poultry feed and paddy hus.
•    Maize Technology Park at Ranebennur will have a storage capacity of 32000 tonnes.
•    Gangavati is a big commercial city in Raichur District.
•    It is also a largest city in terms of area and population
•    It is often known as Rice Bowl city of Karnataka. 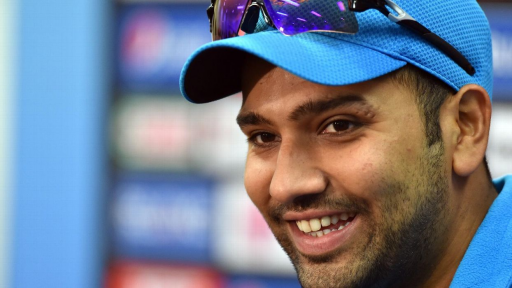 On 5th May Cricketer Rohit Sharma inaugurated the Pune International Sports Expo at the Agriculture College Ground.
•    Gagan Narang was also present on the ceremony.
•    It is the first sports expo being held in the country organised by city-based Steps Sports Entertainment Private Limited
•    It will be open for public till May 8.
•    It is organised to showcase various products and modern technologies for fitness and sports
•    It features Indian as well as multinational brands.
•    Various events are held each day to celebrate the accomplishments of Indian sportsmen.
•    Narang and rohit Sharma shared their experiences and journey so far.
•    Zaheer Khan, Dhanraj Pillai, Sunil Chettri, Prarthana Thombe and Milkha Singh are also going to join on the dais in the coming days.
•    A special event of ‘Bokwa Sessions’ has been organised by fitness expert Paul Mavi,
•    It is going to have six sessions of ‘Bokwa’ every day. 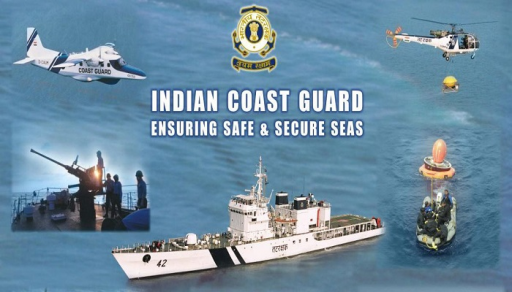 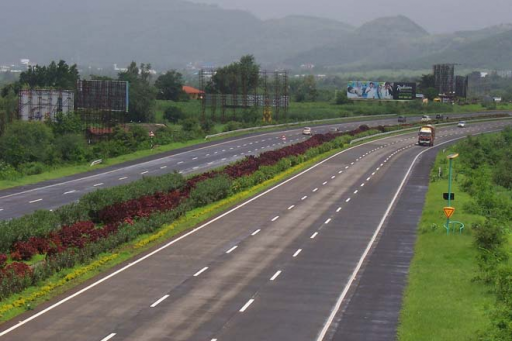 On 4 May 2016 The Cabinet Committee on Economic Affairs gave its approval for development of two laning with formation of four lane of Shimla Bypass (Kaithlighat to Shimla section) on National Highway-22 in Himachal Pradesh.
•    The work will be completed under the National Highways Development Project (NHDP) Phase-III.
•    The total length of the road will be 28 kilometres.
•    The cost for the project is estimated to be 1583.18 crore rupees.
•    Total number of 4076 mandays are required for construction of one kilometre of highway.
•    111914 mandays will be generated locally during the construction period of this stretch.
•    The development of this stretch will also help in uplifting the economic condition of the State
•    It would also increase employment potential for local laborers for project activities. 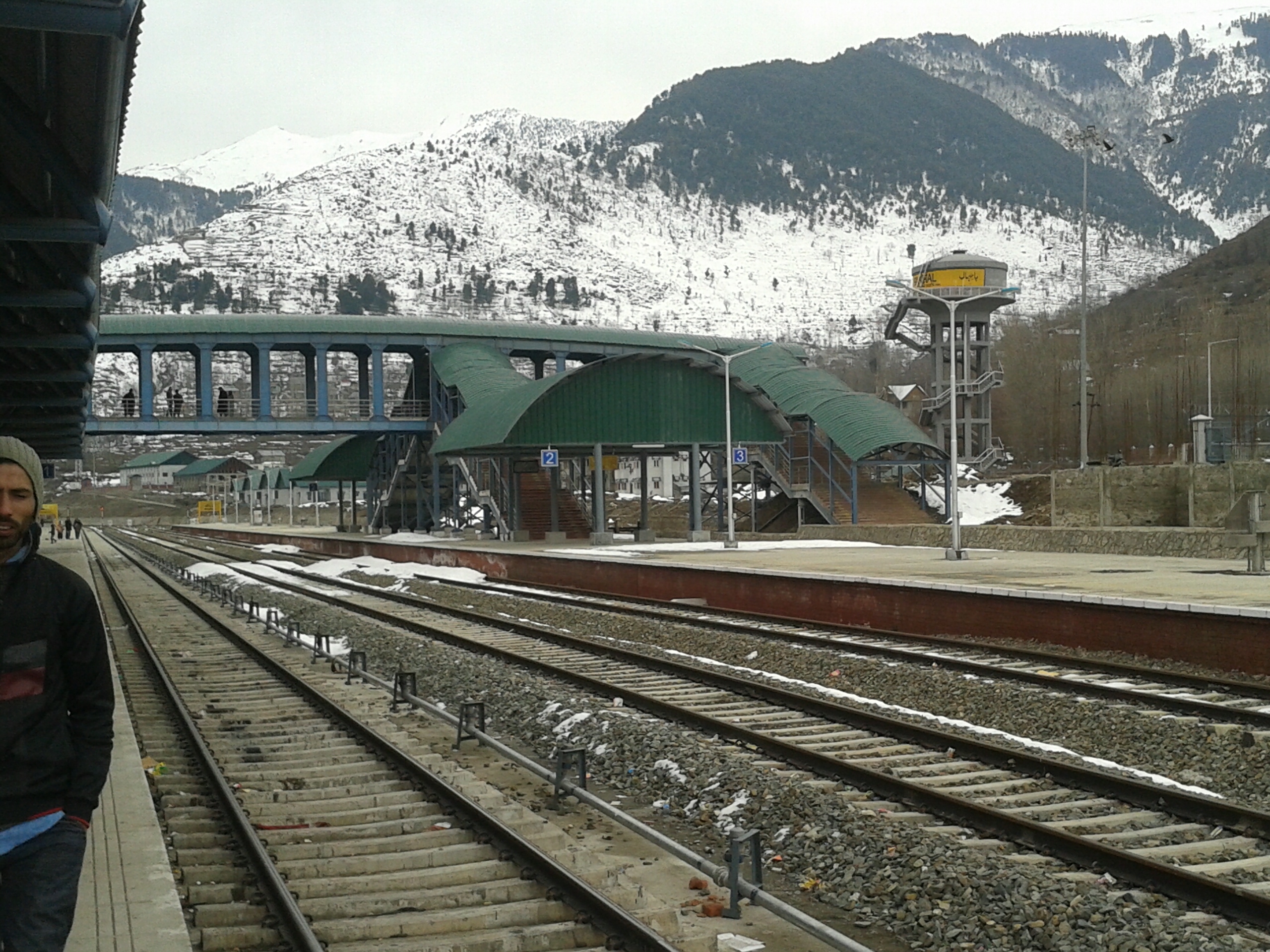 The Union Minister of Railways Shri Suresh Prabhakar Prabhu in the presence of Minister of State for Development of North Eastern Region (I/C), Prime Minister’s Office, Personnel, Public Grievances & Pensions, Department of Atomic Energy, Department of Space, Dr. Jitendra Singh flagged off Train 74619/74620 Banihal-Baramulla Fast Passenger (DEMU) and 74617/74618 Budgam-Baramulla Demu through Video Conferencing between Rail Bhawan New Delhi and Anantnag Railway Station.
•    Chief Minister of Jammu & Kashmir Ms. Mehbooba Mufti graced the inaugural function at the Anantnag Railway Station along with other dignitaries.
•    The State of Jammu & Kashmir has great importance from the tourism point of view where national and international tourists visit throughout the year and thus this connectivity will give a boost to tourism in the State.
•    Railway is also working with the help of IRCTC to bring Jammu & Kashmir on a tourism map which will not only promote tourism but also promote its handicraft industry and its delicious cuisines
•    New train services will reduce the journey time of the people of Valley and will also be cost effective as the fares of trains are less as compared to road transport.

On 4 May 2016 Indian Railways (IR) announced creation of Non-Fare Revenue Directorate to carry out advertisements in rail coaches, along the track and near stations.
•    Advertisements on coaches, wagons, locomotives and at stations will be explored.
•    It will be headed by a senior railway official.
•    Revenues are estimated to be increased by 10 per cent to 20 per cent from the current 5 per cent from the non-tariff sources.
•    Railways were first introduced to India in 1853.
•    Indian Railways is an Indian state-owned enterprise, owned and operated by the Government of India.
•    It is one of the world's largest railway network
•    It has more than 115000 km of track over a route of 65808 km and 7112 stations.
•    In 2014-15, railway carried 8.397 billion passengers annually. It also carried 1058.81 million tons of freight in the year.
•    In 2014–2015, Indian Railways had revenues of 1634.50 billion rupees.
•    Indian Railways is the world's seventh largest commercial or utility employer
•    It has over 1.376 million employees as of last published figures in 2013.

On 2 May 2016 Indian Railways signed a MoU with forest departments of Haryana and Punjab to plant trees alongside Railway Track on Railway Land Boundary.
The MoU was signed by Pankaj Saxena, Chief Engineer /P&D, Northern Railway on behalf of Railways whereas it was by Dr Amrinder Kaur, Principal Chief Conservator of Forest (PCCF) from forest departments.
•    Railway can contribute substantially towards the Green India Mission.
•    Forest department is involved in the plantation as well as maintenance and disposal of trees, thus bringing in the much needed expertise in afforestation.
•    Plantation along the railway track on railway land boundary by Forest department
•    It will be done without declaring such land as protected forest with the provision for resumption of such land at any time by railways .
•    It will thus ensure no hindrance to railway works / developmental projects.
•    Railway land will be protected from encroachment.
•    All Zonal railways have been asked to execute similar agreement between their zones and concerned State Forest departments as early as possible.

On 27 April 2016 Indian govt. issued a notification banning the import of dogs for commercial breeding.
•    Animal rights organizations had raised concerns over foreign breed dogs suffering due to unsuitable climatic conditions
•    Humane Society International (HSI) and People for Animals along with other groups had urged the government to ban the import on dogs for breeding as it was resulting in the overpopulation of street dogs in the country.
•    Large number of dogs that are not suitable for the country’s tropical climate such as St Bernards, Siberian Huskies, Alaskan Malamutes and others are being imported by breeders in India.
•    Many imported breed dogs are being abandoned by the owners
•    Animal rights groups also urged the government to review pet shop and breeder regulations as recommended by the Law Commission of India.
•    In 2015, the commission published a report on Need to Regulate Pet Shops and Dog Breeding and Aquarium Fish Breeding

The Centre’s ambitious National LED programme - Unnat Jyoti by Affordable LEDs for All (UJALA) - will be implemented across the country by 2019.
•    Total of 9 crore LED bulbs were sold in the country, which means people will get the benefit of Rs 5,500 crore in their electricity bills.
•    Almost 77 crore incandescent bulbs will be replaced till 2019 in the country which will ensure an annual benefit of Rs 40,000 crore to the people in their electricity bills and it will reduce dependability on coal.
•    The cost of a 9-W LED bulb under the scheme is Rs 85 only.
•    Madhya Pradesh has set a target of switching over to this mode in the next one-and-a-half year.
•    The world’s largest solar power plant is coming up in Madhya Pradesh’s Rewa district.
•    Govt. is urging people to replace old lamps with LED bulbs to save power and make it cheaper.
•    State energy minister Rajendra Shukla ingfrmed that after selling the targetted 3 crore LED bulbs, Madhya Pradesh would order for 7 crore more bulbs.