On 12 May 2016 President Pranab Mukherjee conferred the Florence Nightingale Awards to 35 nurses
It was done on the occasion of International Nurses Day at the Rashtrapati Bhavan in New Delhi.
The day is celebrated worldwide on May 12 every year to commemorate the birth day of Florence Nightingale and to mark the nurses’ contributions towards public health.
•    These awards are given to the outstanding nursing personnel employed in Union, State/Union Territories.
•    The awards carry 50000 rupees cash prize, a certificate, a citation certificate and a Medal.
•    Dorothy Sutherland in the year 1953 first proposed this very idea
•    It was first celebrated by the International Council of Nurses (ICN) in the year 1965.
•    May 12 was declared to be celebrated as the birthday anniversary of the founder of modern nursing, Florence Nightingale in January in 1974. 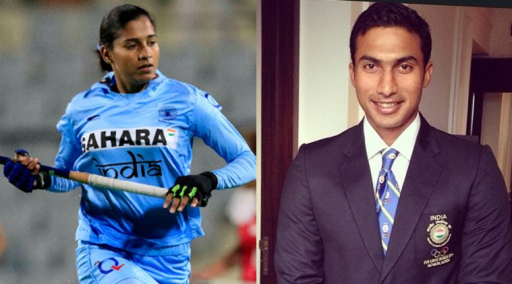 Dr Manvendra K Singh, was awarded a grant of SGD 3 million by Singapore’s National Research Foundation (NRF).
•    He is a scientist from Uttar Pradesh's Gorakhpur city
•    He is among the seven young scientists from across the world to be endowed with the Singapore NRF fellowship.
•    The scientist has been awarded the fellowship to pursue research in the field of congenital and adult cardiovascular diseases.
•    He works as an assistant professor at Duke-NUS Medical School, Singapore.
•    He is also an adjunct assistant professor at National Heart Research Institute Singapore
•    He obtained his masters degree in Biotechnology from Madurai Kamaraj University.
•    After completing his masters, he joined MD/Ph.D program in Molecular Medicine at Hannover Medical School, Germany.
•    The National Research Foundation was set up on 1 January 2006.
•    It is a department within the Prime Minister's Office.
•    The NRF sets the national direction for research and development (R&D) by developing policies, plans and strategies for research, innovation and enterprise. 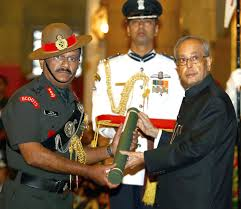 On 4 May 2016 President Pranab Mukherjee conferred the 15th set of Federation of Indian Export Organisations (FIEO) Niryat Shree and Niryat Bandhu Awards in New Delhi.
•    Reliance Industry was adjudged as the top foreign exchange earner and leading exporter of last 50 years.
•    TCS bagged the Gold Award in IT services.
•    State Bank of India got the Gold award
•    President also unveiled the brand new FIEO Logo representing growth, vibrancy, innovation and entrepreneurship.
•    It was set up in 1965 and completed 50 years .
•    The Federation recently moved to Niryat Bhawan, New Delhi.
•    It extended its arms to support the State Governments through formulation of Export Strategy and Export Policy.
•    The Trade Portal developed by FIEO has provided single window information on all facets of international trade for Indian Exim community.

Former bureaucrat and MP Nand Kishore Singh have been awarded with ‘Order of the Rising Sun, Gold and Silver’ which is a Japan’s highest civilian award.

•    He was chosen for this prestigious award for promoting economic, educational and cultural ties between India and Japan.
•    He is among 91 foreign recipients to be honoured during the 2016 Spring Imperial Decoration of Japan by Emperor Akihito during the investiture ceremony in May 2016.
•    N K Singh is a politician, economist and former Indian Administrative Service officer (IAS) from Bihar cadre.
•    He had served as a MP in the Rajya Sabha (2008-2014) from Bihar.
•    He was also Principal Secretary to Prime Minister A.B. Vajpayee. He was also connected with International organisations like World Bank, IMF and UNDP.
•    He also had served as Chairman, Board of Governors of Management Development Institute (MDI), Gurgaon.
•    Order of the Rising Sun  is a Japanese Government highest civilian established in 1875 by Emperor Meiji.
•    It is conferred in recognition of distinguished accomplishments of an individual.
•    The modern version of the order is being given to non-Japanese recipients from 1981.

On 28 April 2016 Tabassum Adnan, from Swat valley of Pakistan, won the Mandela - Graça Machel Innovation Award 2016 in Bogota, Colombia.
•    She won the award on the concluding day of the International Civil Society Week held from 25 April to 28 April 2016.
•    She has been a victim of child marriage, & was married at the age of 13.
•    The marriage went through domestic abuse, ended after 20 years .
•    She is the founder of Khwendo Jirga (Sister's Council), which is the first women-only jirga in Pakistan.
•    The council meets weekly & speaks of women's right, including honour killings, and acid attacks.
•    The jirga campaigns for women in Swat Valley, including issues related to women's security and their voting rights.
•    In March 2015, Adnan, was awarded the International Women of Courage award in the US.

France on 27th April 2016 honoured Bond villain Mads Mikkelsen with a top civilian award, paying tribute to him as a "fascinating" actor whose "face tells it all".
•    The 50-year-old Danish actor, best known for playing baddie Le Chiffre in the 2006 Bond film "Casino Royale" received the honour at a ceremony in Copenhagen alongside Danish film director Thomas Vinterberg.
•    France's ambassador to Denmark François Zimeray described Mikkelsen as "an all-round actor, whose face tells it all: the hardships and joys of life".
•    The former professional dancer won the best actor prize at Cannes in 2012 for his role in Vinterberg's psychological thriller "The Hunt".
•    described him as a film-maker who "exposes the dark sides of human nature with audacity".

•    Mongolian Foreign Minister Lundeg Purevsuren conferred the award on Lokesh Chandra, president of the Indian Council for Cultural Relations (ICCR), and Mansura Haider, former academic adviser at the Indira Gandhi National Centre for the Arts (IGNCA), at ceremony at the Mongolian embassy here which was also attended by Union Minister Kiren Rijiju.
•    Mansura Haider, who was a professor and former dean of the faculty of arts in Aligarh Muslim Universitys history department, said was the first to give the Mongols an identity was misrepresented in history.
•    Mongolia is a landlocked sovereign state in East Asia. It is bordered by China to the south and Russia to the north.
•    While it does not share a border with Kazakhstan, Mongolia is separated from Kazakhstan by only 36.76 kilometres (22.84 mi).
•    Ulanbator, the capital and largest city, is home to about 45% of the country's population.