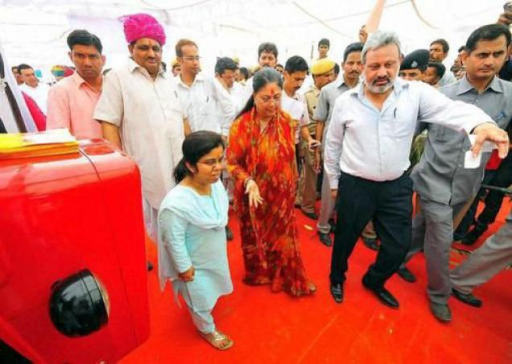 Rajasthan in the first week of July 2016 became the first state in the country to introduce minimum wages for part time workers.

• The Labour Department of Rajasthan has also issued a notification in this regard.
• As per the notification, it becomes mandatory to pay 50% of the prescribed a day minimum wage to a person who works for less than four hours in a day.
• With the notification, part time workers now come under the Minimum Wages Act 1948.
• The Minimum Wages Act 1948 is an Act of Parliament concerning Indian labour law that sets the minimum wages that must be paid to skilled and unskilled labours.
•During November 1948, the Central Advisory Council in its first session appointed a Tripartite Committee of Fair Wage.
•This committee came up with the concept of Minimum Wages.
• Indian Government introduced the Minimum Wages Act in 1948, giving both the Union Government and State Governments jurisdiction in fixing wages.
•The act is legally non-binding, but statutory. 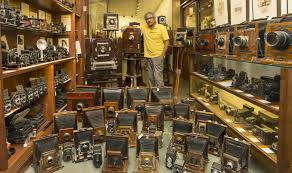 Gurugram is all set to become home to the world’s largest camera museum this World Photography Day.
•    On August 19th, the Municipal Corporation of Gurgaon along with acclaimed photographer Aditya Arya, of the Vintage Camera Museum fame, will launch ‘The Museo Camera – Centre of Photography.’
•    The Museum will trace the art of photography through the evolution of cameras, various photography processes as well as photography paraphenlia. Pinhole cameras, the camera obscura, daguerreotypes, dry plates, the birth of film, polaroid and digicams will be on display in the Museum.
•    Close to 700 cameras, of different shapes, sizes and models, will be displayed. These are a part of the collection painstakingly curated by Arya.
•    Around 800 original patents of cameras from the 1800s will also be displayed at the Museum. These have been collected by Arya during his many travels.
•    The Museum will also be home to a collection of vintage camera ads.
•    The Museum will be spread across 15,000 square feet in Chakkarpur village of New Gurgaon. 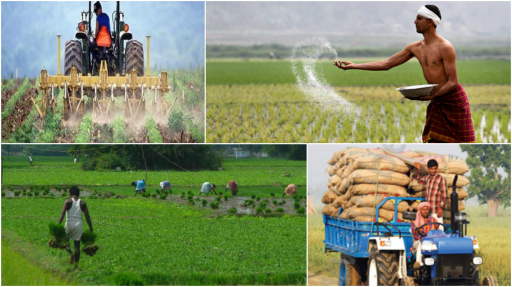 Assam Agriculture minister Atul Bora announced the state government’s 100-day plan for the agriculture, urban development and veterinary sectors.
•    Soil health cards to farmers, setting up of a cold storage system, e-tendering of seed distribution and urban infrastructure development are some of the measures to be introduced under the plan.
•    Bora said that the state government envisages uplifting the condition of the farmers, so that the younger generation is attracted towards farming spontaneously.
•    As per the plan, the state government will provide genuine farmers with identity cards and 30,000 farmers will provided with soil heath cards within 100 days with a target to distribute the same to 22 lakh farmers.
•    As part of infrastructure development, a cold storage would be set up in Jorhat whereas a demonstration-cum-excellence centre would be set up in Bamunigaon.
•    Giving special emphasis on addressing seed-related grievances of farmers, e-tendering of contracts will be implemented and 20,000 quintal seeds will be distributed as part of the seed village scheme.
•    As part of urban development initiatives in the state, a commercial complex will be set up at North Lakhimpur, a truck terminus at Tinsukia and storm water drainage system will be developed at Barpeta Road and Simaluguri.
•    In the veterinary sector, the government plans to commercialize four of the 22 poultry farms under public private partnership mode in Sonitpur, Nalbari, Jorhat and Kamrup, while pig rearing projects will be instituted in Majuli, Bokakhat, Jonai and Dhemaji. 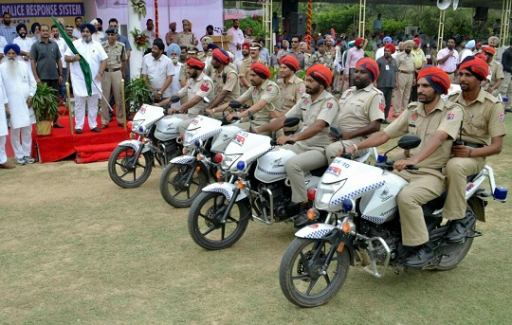 Punjab Government has launched Rapid Rural Police Response System (RRPRS) to ensure prompt and effective police response in 12,000 villages across the state.
•    The system was launched Punjab Deputy Chief Minister and  Sukhbir Singh Badal.
•    Besides, he also flagged off 400 new motorcycles and 220 new Bolero jeeps under the new system.
•    The RRPRS has been launched by Punjab police to ensure prompt and effective police response in villages to counter any crime or law and order situation in just 20 minutes.
•    Under this system, any resident from rural area of state would only have to make a call on police helpline “100” for any kind of assistance from the police force.
•    The new system would be available for 24×7 hours to respond to all kinds of emergencies or ‘call-for-help’ from the citizens of the State.
•    For this purpose, a special control room equipped with computer-aided dispatch software had also been set up. 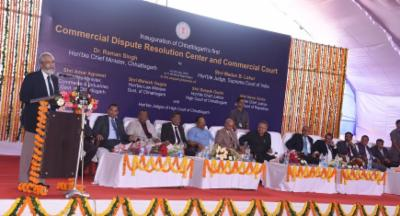 India’s first commercial dispute resolution centre and commercial court was inaugurated on 2 July 2016 at Naya Raipur, Chhattisgarh.
•    The centre and court were inaugurated by Chhattisgarh Chief Minister Dr. Raman and Justice Madan B. Lokur of the Supreme Court of India.
•    The court also consists of arbitration centre and a mediation centre.
•    Some facilities available for litigants through the new system includes video-conferencing, E-Court, E-Library, E-Filing and E-Summons.
•    These ultra-modern facilities available at the court will facilitate the investors in their commercial dealings.
•    The Court will help in improving the judicial system.
•    Chhattisgarh is a state in central India. It is the 10th largest state in India, with an area of 135,194 km (52,199 sq mi).
•    With a population of 25.5 million, Chhattisgarh is the 17th most-populated state of the nation.
•    It is a source of electricity and steel for India, accounting for 15% of the total steel produced in the country.
•    Chhattisgarh is one of the fastest-developing states in India.

While the Swachh Bharat target for the country is October 2019, the State of Chhattisgarh will become Open Defecation Free (ODF) by the end of 2018 itself.
•    This was announced by the Chief Minister of Chhattisgarh Dr Raman Singh in Raipur.
•    He was speaking at a 2-day Swachh Bharat Mission (SBM) National Conclave organized by the Ministry of Drinking Water and Sanitation in Raipur for District Collectors and officers from the Phase 1 focus districts for SBM.
•    The Chief Minister went on to stress the importance of involving women and children as the ambassadors for SBM, adding that girls in Chhattisgarh have started keeping the presence of a toilet as a pre-condition for marriage into a family.
•    On its part, the Government of Chhattisgarh has decided to give preference to its ODF blocks in schemes such as the Pradhan Mantri Ujjwala Yojana (PMUY) for distribution of LPG connections, he added, to incentivize more blocks and districts to achieve ODF status.
•    One of the highlighted activities undertaken during the workshop was a #MySBMidea contest.
•    Districts shared best practices and innovative ideas deployed by them in sanitation, and the best idea was selected by means of a Twitter contest using the hashtag #MySBMidea.
•    The workshop was a highly interactive exercise, with extensive sharing of ideas and best practices.
•    In particular, several districts of Chhattisgarh made presentations to share their behavior change innovations in general and the community incentive approach adopted in the State in particular. 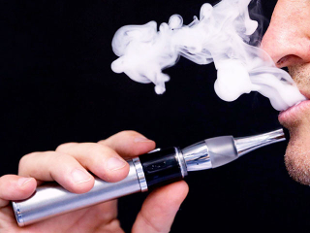 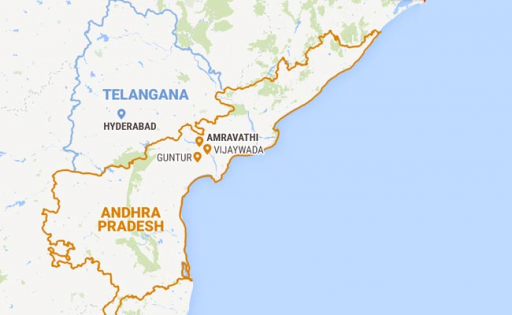 •    The fifth block of the temporary state secretariat, constructed at Velagapudi near Vijayawada, was inaugurated and four departments of the state government were shifted there from Hyderabad.
•    The four departments that were shifted comprise Panchayati Raj and Rural Development, Health and Medical, Housing, and Labour and Employment departments.
•    Panchayati Raj Minister Chintakayala Ayyanna Patrudu and Agriculture Minister inaugurated the offices under their respective ministries. Construction workers were seen giving final touches to the single-storey building.
•    Contrary to expectations, at least 200 employees from the four departments turned up for the inauguration ceremony and got the first glimpse of their new offices and workstations.
•    They left Hyderabad on morning in five new luxury buses of the state government.
•    On reaching the secretariat at Velagapudi, they were welcomed by members of Andhra Pradesh Employees’ Association with bouquets and garlands. 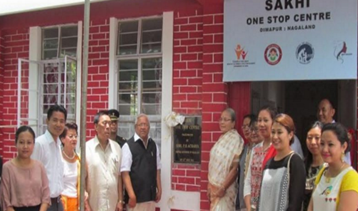 Nagaland Governor PB Acharya launched a women helpline – 181 in the premises of the District Hospital, Dimapur and also inaugurated Sakhi- One stop Centre, an institute indented to support women affected by violence.
•    “Sakhi-One Stop Centre” is a centrally sponsored scheme by the Ministry of Women and Child Development (MWCD) to be funded through Nirbhaya Fund.
•    The objectives of the One Stop Centers are to provide integrated support and assistance to women affected by violence, both in private and public spaces under one roof and to facilitate immediate, emergency and non-emergency access to a range of services including medical, legal, psychological and counseling support to fight against any form of violence against women.
•    In the first phase, one centre is being established in every state on a pilot basis and the OSC will be integrated with 181 (Women Helpline) and other existing help lines.
•    The women helpline will also provide 24 hour emergency response to all women affected by violence and information about women related government schemes and programmes across the country through a single uniform number -181.
•    He also highlighted on the multi roles played by women as home makers, guardians of children and the hard work put in by them in every field.
•    Terming women as the living force behind the human species, Acharya reminded that domestic violence against women continued unabated and that people needed to come together to uplift women-kind as a whole.
•    He was optimistic that problems of distressed women would be addressed through this project and also appealed to all stake holders for extending cooperation, so that violence against women would decline. 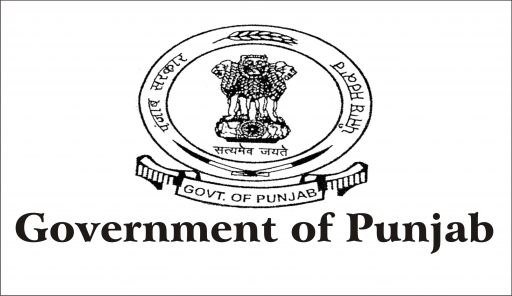