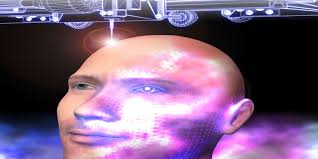 The new bio ink containing stem cells allows scientists to 3D print of living tissue which is also known as bio-printing.
•    The ink contains two different polymer components: a natural polymer and a sacrificial synthetic polymer.
•    The natural polymer was extracted from seaweed.
•    It provides structural support when the cell nutrients are introduced. The synthetic polymer used in the medical industry helps the bio-ink to change its state from liquid to solid when the temperature is raised.
•    The special bio-ink formulation has helped scientists to construct complex living 3D architectures after it was extruded from a retrofitted benchtop 3D printer, as a liquid that later transformed to a gel at 37°C.
•    Stem cell is an undifferentiated cell of a multicellular organism which is capable of giving rise to indefinitely more cells (through mitosis) of the same type and from which certain other kinds of cell may be formed by the cellular differentiation.
•    In the stem cell treatments new adult cells are introduced into the damaged tissue through the intervention strategy to treat the disease.
•    These treatments have potential to change the face of curing human diseases and alleviate suffering.