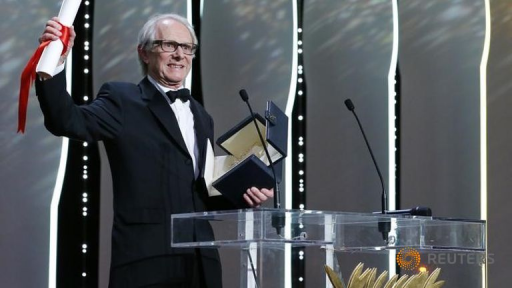 British director Ken Loach's film I, Daniel Blake on 22 May 2016 won the Palme d'Or at Cannes Film Festival. It was Loach's second award for best picture at the festival after 2006's The Wind That Shakes the Barley.
•    Loach is an English film and television director.
•    He is known for his naturalistic, social realist directing style and for his socialist ideals.
•    His 1969 film Kes was voted the 7th greatest British film of the 20th century in a poll by the British Film Institute.
•    The Palme d'Or (Golden Palm) is the highest prize awarded at the Cannes Film Festival.
•    It was introduced in 1955 by the organizing committee.
•    In 1955, the first Palme d'Or was awarded to Delbert Mann for Marty.
•    As of 2016, Jane Campion is the only female director to have won the Palme d'Or for The Piano.
•    It previews new films of all genres, including documentaries, from around the world.
•    It was founded in 1946.
•    On 1 July 2014, co-founder and former head of French pay-TV operator Canal+ Pierre Lescure took over as President of the festival.