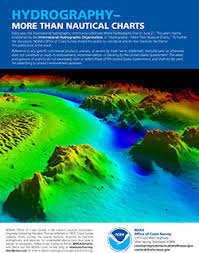 World Hydrography Day (WHD) 2016 was observed on 21 June 2016 across the world.
•    The theme for the WHD 2016 was Hydrography - the key to well-managed seas and waterways. The theme tries to focus attention on the fundamental importance of hydrography.
•    The World Hydrography Day also marks the 95th anniversary of the establishment of the International Hydrographic Organization (IHO).
•    The day is celebrated to increase public awareness of the vital role that hydrography plays in everyone’s life.
•    On 29 November 2005, the United Nations adopted Resolution A/60/30 to welcome the adoption by the International Hydrographic Organization of the World Hydrography Day to be celebrated annually on 21 June.
•    The theme for the World Hydrography Day 2015 was Our seas and waterways - yet to be fully charted and explored.
•    Hydrography involves measuring the depth of the water and fixing the position of all the navigational hazards that lie on the seafloor.
•    Hydrography also involves measuring the tide and the currents.
•    It is done mainly with specialised ships and boats operating echo sounders and sonars. Survey aircraft fitted with lasers are also used to measure the depth.
•    Hydrographic information is required for the safe, competent and sustainable conduct of every human activity that takes place in, on or under the sea.