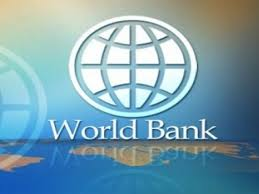 Karnataka Government on 24 May 2016 signed 100 million US dollar loan and project agreement with World Bank.
It was to support ‘Karnataka Urban Water Supply Modernization project’.
•    The project will be implemented over a period of six years, initially in the twin cities of Hubballi-Dharwad, with provision for other eligible cities to join the project at a later date.
•    The Hubballi Dharwad Municipal Corporation has hired a professional water supply operating company for improving the water supply system, as also to manage the refurbished system through a 12-year contract in accordance with strict performance criteria.
•    The municipality will retain ownership of the water supply assets and control of the service delivery set up.
•    The project will help the Hubballi-Dharwad Municipal Corporation set up a city-level water utility that will take over water supply operations from the professional operating company at the end of its contract period.
•    The project will benefit about one million residents of the Hubballi-Dharwad, including estimated 160000 slum dwellers.
Hubballi-Dharwad, the second largest urban center in Karnataka, will become one of the first Indian cities to provide citywide, continuous, piped water supply to its residents.