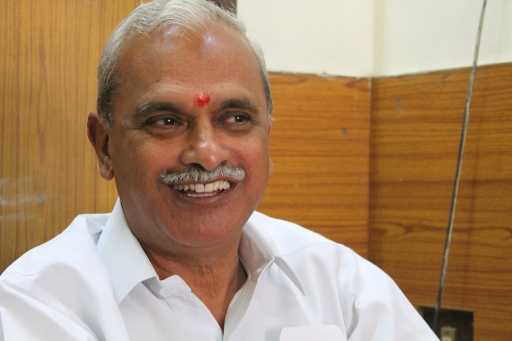 Former Chief Minister and senior Congress leader V Vaithilingam was on Friday unanimously elected as Speaker of the 14th Puducherry Assembly.
•    As soon as the proceedings began, Protem Speaker V P Sivakolundhu announced that Vaithilingam has been elected unanimously as Speaker as he was the only candidate who had filed papers when the deadline ended on Friday afternoon.
•    66 year old Vaithilingam was escorted to the chair by Chief Minister V Narayanasamy, his ministerial colleagues, DMK legislator R Siva and opposition AIADMK legislature wing leader A Anbalagan.
•    All eight legislators of the opposition AINRC, including former Chief Minister N Rangasamy, were conspicuous by their absence throughout the day’s sitting of the House.
•    After assuming office Vaithilingam announced that Protem Speaker Sivakolundhu was elected unanimously as Deputy Speaker as his was the only nomination filed for the post.
•    V. Vaithilingam is an Indian politician who is the former Chief Minister of Puducherry.
•    He held that position from 1991 to 1996 and has been Chief Minister again from 2008-2011.
•    Vaithilingam is credited with leading a stable and efficient government in Puducherry State through a complete five-year term during his prior period in office.
•    He is a senior legislator serving six consecutive terms.