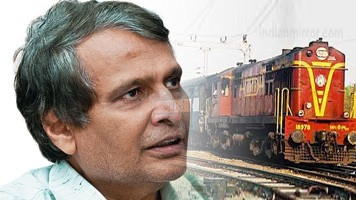 Union Railway Minister Suresh Prabhu flagged off the weekly Champaran Satyagrah Express at Motihari, Bihar.
He inaugurated six rail facilities in Bihar on the occasion which includes three Road Over Bridges (ROBs) at Danapur (Patna), Motihari and Begusarai railway stations, the broad guage conversion work of Banmankhi-Purnea rail section, besides converting Piprahan station into a crossing station.
• It was introduced to mark 100 years of the historic Champaran Satyagraha (movement) that was launched by Mahatma Gandhi in 1917.
• The train will run between Bapudham, Motihari and Anand Vihar, Delhi.
The Champaran Satyagraha was first Satyagraha in India;
Mahatma Gandhi led the movement in 1917 against the oppressive policies European indigo planters that led to exploitation of tens of thousands of landless serfs, indentured labourers and poor farmers in Champaran and neighbouring areas.