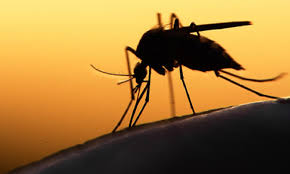 On 6 May 2016 United Nations announced the establishment of the UN Zika Response Multi-Partner Trust Fund to finance critical unfunded priorities in the response to the Zika outbreak.
It fund was announced by UN Secretary-General Ban Ki-moon.
•    The Fund aims to provide a rapid, flexible and accountable platform to support a coordinated response from the UN system and partners.
•    It will directly support the Zika Strategic Response Framework, developed by the World Health Organization (WHO
•    Under the programme, the donors will contribute to a central point and an Advisory Committee will direct funds to the highest-priority activities in the affected countries.
•    Zika virus (ZIKV) is transmitted by daytime-active Aedes mosquitoes, such as A. aegypti.
•    In case of humans, the virus causes mild illness known as Zika fever (Zika or Zika disease).
•    Since January 2015, 61 countries and territories have reported local transmission of Zika.
•    The recent rise in the spread of the virus in some countries has been accompanied by an unprecedented rise in the number of children being born with unusually small heads
•    On 1 February 2016, WHO announced that the cluster of cases of microcephaly and other neurological disorders.