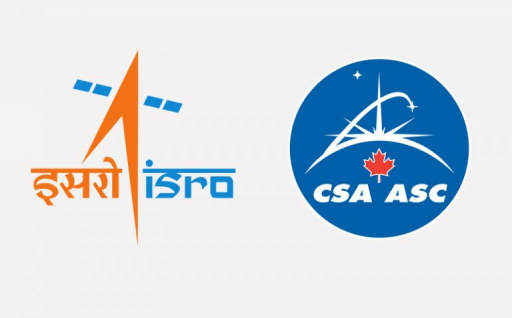 The Union Cabinet under the Chairmanship of Prime Minister Shri Narendra Modi has been apprised of the Memorandum of Understanding between Department of Space / Indian Space Research Organization (DOS/ISRO) and Canadian Space Agency (CSA) on cooperation in the field of outer space.
•    The MoU was signed in Ottawa, Canada on 15th April 2015.
•    The MoU would lead to establishment of joint team, drawing members from ISRO and CSA, which will further work out the plan of action including examination and defining cooperative projects and the time-frame.
•    This will also provide opportunities for diverse research in the field of peaceful uses of space technologies.
•    The successful space cooperation is being pursued through two Implementing Arrangements in the field of Satellite Tracking Network Operations, and in the field of the ultra Violet Imaging Telescope (UVIT) Detector Subsystem, in support of the ASTROSAT astronomy mission in December 2003 and June 2004, respectively.
•    It is aimed at future cooperation in and use of outer space for peaceful purposes to reinforce scientific and technological development and the ties between two countries at government, industrial and academic levels.