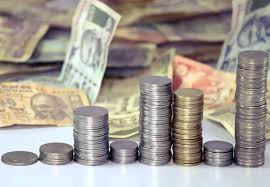 The RBI kept the policy repo rate under the LAF unchanged at 6.5%
•    The cash reserve ratio of scheduled banks unchanged at 4% of net demand and time liabilities
•    And continue to provide liquidity as required but progressively lower the average ex ante liquidity deficit in the system from one per cent of NDTL to a position closer to neutrality.
•    The reverse repo rate under the LAF will remain unchanged at 6.0 per cent, and the marginal standing facility (MSF) rate and the Bank Rate at 7.0 per cent.
•    Since the first bi-monthly statement of April 2016, global growth is uneven and struggling to gain traction.
•    World trade remains muted in an environment of weak demand.
•    In the United States, growth was slow once again in Q1 because of contracting industrial activity and exports.
•    GDP growth slowed sequentially in China in Q1, with retail sales, industrial production and fixed investment showing signs of weakness in recent months amidst still rising levels of indebtedness among households and corporations.