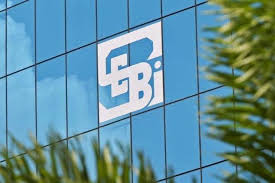 Indian markets regulator SEBI recently put in place a stricter KYC and disclosure regime for Participatory Notes to make it tougher to use these offshore instruments without disclosing the money-trail and details of their users.
•    The new norms follows approval from the regulator's board to amend its regulations for Offshore Derivative Instruments (ODIs)-- popularly known as P-Notes -- after taking into account suggestions from the Special Investigation Team (SIT) on Black Money to ensure this route is not used for money laundering
•    Taking forward the proposals approved by its board, Sebi on Friday issued a detailed circular about the tightened Know Your Client (KYC) and disclosure requirements for ODIs, which provide the foreign investors an easier and cost-effective route to invest in Indian markets without directly registering as Foreign Portfolio Investors (FPIs)
•    Under the new norms, all the users of ODIs would have to follow Indian KYC and AML (Anti Money Laundering) Regulations, irrespective of their jurisdictions, while the ODI issuers will be required to file suspicious transaction reports, if any, with the Indian Financial Intelligence Unit, in relation to the ODIs issued by them
•    Presently, the details of ODI holders need to be mandatorily reported to Sebi on a monthly basis. Sebi has now decided that in the monthly reports on ODIs all the intermediate transfers during the month would also be required to be reported
•    Besides, ODI issuers will have to carry out reconfirmation of the ODI positions on a semi-annual basis. In case of any divergence from reported monthly data, the same should be informed to Sebi in a prescribed format
•    The new guidelines have been finalized after detailed consultation with the FPIs and users of ODIs, while they were also consulted for preparation of the formats
•    ODIs have often been in controversy in India for alleged misuse for round-tripping of funds. But the norms have been made stringent in the recent years, following which they have also become less attractive. While ODIs used to account for as high as 55 per cent of the total foreign fund flows in Indian capital markets in 2007, now their share has fallen to a record low level of 9.3 per cent