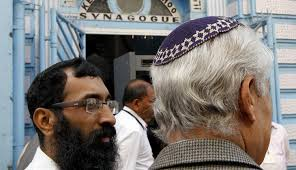 The Maharashtra Cabinet on 21 June 2016 approved the minority status to Jew community. This decision will benefit the students from these communities to avail scholarships from the state government.
•    After getting the minority status, the Jews in the state will be entitled to use benefits of government schemes meant for minorities and can also apply in educational institutions under the minority status.
•    The people of this community will now be able to easily get their marriage registrations done in Maharashtra.
•    The Jewish people living in the state would now also be able to set up their own educational institutions and practice and promote their culture.
•    According to 2001 Census, the number of Jews living in India was 4650 with 2466 of them living in Maharashtra.
•    The Jews have been a part of the Indian society for over 2300 years now.
•    The Jews of Manipur and Mizoram identify themselves as Beni Menashe.
•    There are also some in Andhra Pradesh who call themselves Bene Ephraim Jews.
•    India is one of the few countries in the world where Jews have never faced any harassment or persecution.
•    At present, there are six notified minority communities in India - Muslims, Christians, Buddhists, Sikhs, Parsis and Jains.