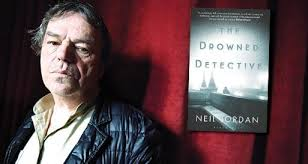 The Drowned Detective authored by Neil Jordan depicts genre-defying story about a private investigator
Investigator arrived in a small Eastern European city because he was told about the opportunities opening up in former Soviet countries.
•    The book’s first few pages are about a wayward minister who cheats on his wife.
•    The minister is tracked by the detective whose name is Jonathan.
•    One day, an elderly couple approached Jonathan to investigate the disappearance of their daughter.
•    Jonathan feels compelled to find the daughter as the faded photograph of the little girl reminds him of his own daughter.
• Neil Patrick Jordan is an Irish film director, screenwriter and novelist.
• He won an Academy Award for Best Original Screenplay for The Crying Game.
• He also won the Silver Bear for Best Director at the Berlin International Film Festival for The Butcher Boy.