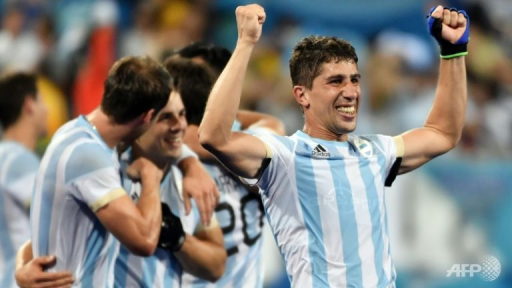 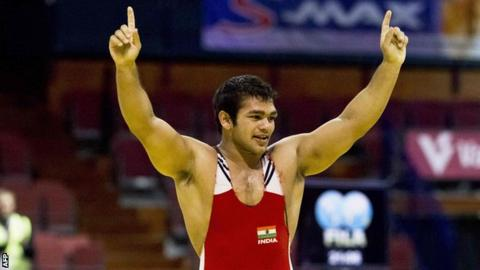 The Court of Arbitration for Sport (CAS), situated in Lausanne, Switzerland, on 18 August 2016 banned wrestler Narsingh Yadav for four years following an appeal by World Anti-Doping Agency (WADA).
•    The CAS also ruled to disqualify all the competitive results obtained by Narsingh from 25 June 2016.
•    The CAS panel further stated that there was no evidence to accept his claim that his food/drink was spiked.
•    After this will not be able to participate at the Rio 2016 Olympics. He was scheduled to commence his campaign on 19 August 2016 against Zelimkhan Khadjiev of France in the 74 category.
•    In July 2016, Narsingh Yadav was tested positive for a banned substance steroid in an out-of-competition test conducted by the National Anti-Doping Agency (NADA).
•    In the samples collected at the National camp in Sonepat, he was tested positive for the methandienone, which is a banned anabolic steroid.
•    However on 1 August 2016, he was given clean chit by NADA, which accepted his claim of sabotage. 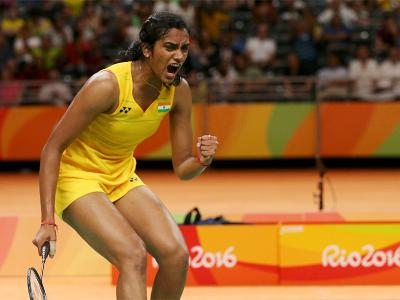 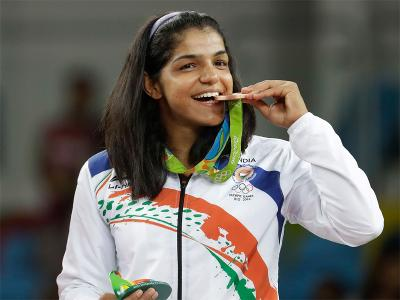 •   She became the fourth woman athlete from India to win an Olympic medal.

•   This is the first time a women is getting medal from India in wrestling event.

•   In the playoff bout, Sakshi defeated Aisuluu Tynybekova of Kyrgyzstan by 8-5 points.

•   KD Jadhav , Sushil Kumar and Yogeshwar Dutt are the other wrestlers winning medal at Olympics earlier.

A bried about Sakshi Malik : 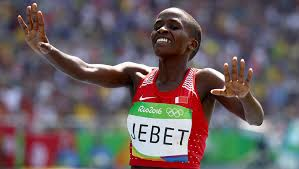 Bahrain’s Ruth Jebet on 15 August 2016 clinched gold in women’s 3000 metres steeplechase. It is Bahrain’s first ever Olympic gold medal.
•    Jebet won the race in the second-quickest time in history.
•    She clocked a time of eight minutes 59.75 seconds, narrowly outside of Russian Gulnara Samitova-Galkina's world record of 08:58.16.
•    Kenya’s Hyvin Kiyeng Jepkemoi grabbed the silver in the event. American Emma Coburn won the bronze.
•    Born on 17 November 1996, Ruth Jebet is a long-distance runner and steeplechase specialist.
•    In April 2013, she won the 3000 metres and the 5000 metres at the Kenyan high school championships.
•    She came second in the 3000 metres steeplechase to Moroccan Olympian Salima El Ouali Alami at the 2013 Arab Athletics Championships.
•    Her time of 9:52.47 minutes was a Bahraini national record for the event.
•    In 2013 Asian Athletics Championships, she defeated Sudha Singh by more than fifteen seconds and her time of 9:40.84 minutes was a new championship record.
•    In 2014, she won the World Junior Championship ahead of two other Kenyan girls. 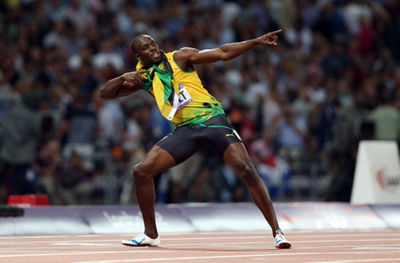 Usain Bolt became the first man in history to win the Olympic gold medal thrice in men’s 100m as he surged to the win in Rio 2016 Olympics.
•    Bolt won his third gold medal in 100m final after winning the race in 9.81 seconds beating USA’s Justin Gatlin who finished second with 9.89 seconds.
•    Canada’s 21-year-old prodigy Andre de Grasse won the bronze medal in 9.91 seconds. Jamaica’s Yohan Blake finished fourth with 9.93 seconds.
•    The win in Rio also means he successfully completes first step towards the ‘triple-triple’ bid. Bolt has already announced that this will be his last Olympics.
•    He now has seven gold medals in seven events at the Olympics Games.
•    Other than the two 100m gold medals, He has won two gold medals in 200m and two more in 4x100m men’s relay with Jamaica.
•    Bolt began the 100m race with slow start and was at fourth position after 40 meters but then surged ahead of his competitors in the last 20 meters 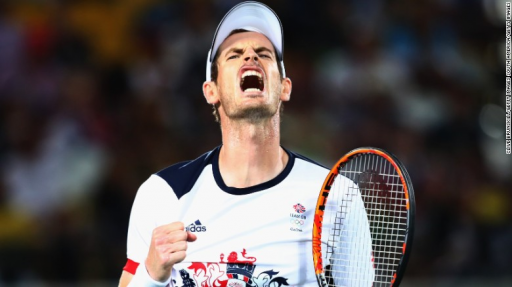 Great Britain’s Andy Murray has created history at the Rio Olympics, becoming the first man or woman to win multiple singles gold medals back-to-back by defeating Juan Martin del Potro.
•    Murray defeated Roger Federer to win his first gold medal in London four years ago.
•    Not only did the 27-year-old defeat both Novak Djokovic and Rafael Nadal, he also defeated Nadal and Roger Federer in succession to win his lone major title at the US Open in 2009.
•    He also reached a career-high ranking of world number four in January 2010.
•    And just recently during, contesting his first Grand Slam tournament in two-and-a-half years, upset two-time Grand Slam champion Stan Wawrinka in the second round at Wimbledon last month.
•    Thus, the stage was set for a potential battle of attrition, where the mindsets of Murray and del Potro would be tested both physically and mentally as either player attempted to make history in Rio.
•    The Scot broke early for a 2-0 lead in the opening set and eventually took it 7-5. 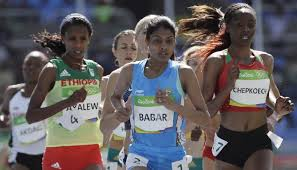 Indian steeplechase sprinter Lalita Babar became the first Indian in 32 years to qualify for the finals of an athletic event at the Olympics.
•    She qualified for the finals of the 3,000-metre steeplechase event on Saturday, after registering a new national record of 9 minutes and 19.76 seconds.
•    Lalita will compete for a medal in the final on Monday.
•    Lalita clocked a national mark of 9 minutes, 19.76 seconds while finishing fourth in heat 2 and progressed to the final, scheduled on August 15, on the basis of being among the fastest six from the rest who did not directly qualify from the three preliminary heats.
•    Lalita, who had won the bronze medal in the event in the Asian Games in Incheon, South Korea, two years ago, in fact finished with the seventh-best time in the heats with the new national record to boot. 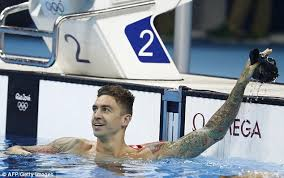 Anthony Ervin has capped a remarkable turnaround to become the oldest ever Olympic swimming champion at the age of 35 with victory in the 50m freestyle.
•    The American won joint gold in the same event in 2000 when he was 19 years old but quit the sport aged just 23.
•    US swimmer Anthony Ervin, aged 35, became the oldest swimmer to win an individual Olympic gold medal, after winning the 50-metre freestyle event on Saturday.
•    The swimmer had earlier won a joint gold medal in the same event 16 years ago in 2000 Sydney Olympics.
•    Ervin broke Michael Phelps' record who had become the oldest Olympic swimming champion on Tuesday.
•    France’s Florent Manaudou, the defending champion, finished second and just 0.01 seconds behind the 35-year-old veteran, who won in 21.40 seconds in a splash and dash down the pool.

Rafael Nadal added a second Olympic tennis gold medal to all of those Grand Slam trophies, teaming with Marc Lopez to win the men’s doubles championship for Spain at the Rio de Janeiro Games.
•    Nadal and Lopez came back from a break down in the third set and claimed the last three games to beat Florin Mergea and Horia Tecau of Romania 6-2, 3-6, 6-4 in the final.
•    They’ve known each other since they were kids, first meeting in Barcelona when Nadal, who is four years younger, asked Lopez to play a set for fun.
•    They joked about it at their news conference, agreeing that Lopez won 6-0, but trading good-natured barbs and chuckles because Lopez insisted Nadal was 14 at the time, while Nadal said he was only 12 and, therefore, couldn’t possibly have had a fair chance.
•    Nadal has gone on to collect 14 major championships, as well as an Olympic title in singles at the 2008 Beijing Games.