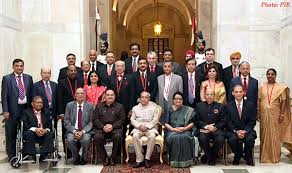 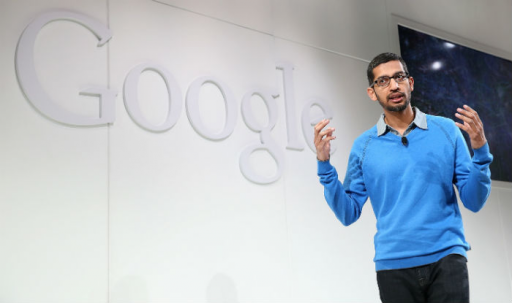 Four Indian-Americans have been honoured with prestigious Great Immigrants: The Pride of America Award 2016.
•    They are among 42 distinguished US personalities representing more than 30 countries of origin around the world  honoured with this year’s award.
•    All of these personalities represent a wide range of personal immigration stories, and inspiring professional accomplishments.
•    Four Indian-Americans are

Sunder Pichai: He is CEO of internet search engine giant Google.
Hari Sreenivasan: He is broadcast journalist associated with the PBS NewsHour.

Vikram Malhotra: He is associated with McKinsey.

Bharati Mukherjee: He is award-winning author. She is professor emerita in the department of English at the University of California, Berkeley. About Great Immigrants: The Pride of America Award The award is given by New York-based Carnegie Corporation on the occasion of Independence Day of United States i.e. 4th July.
•    Carnegie Corporation’s founder Andrew Carnegie was one of pioneer American capitalist who had shaped the modern American industry and philanthropy.
•    He was the son of impoverished immigrants who had settled in US. 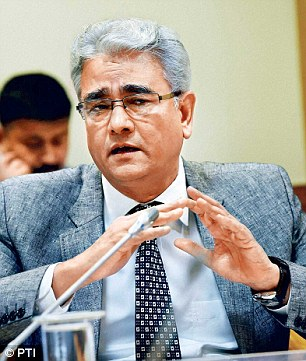 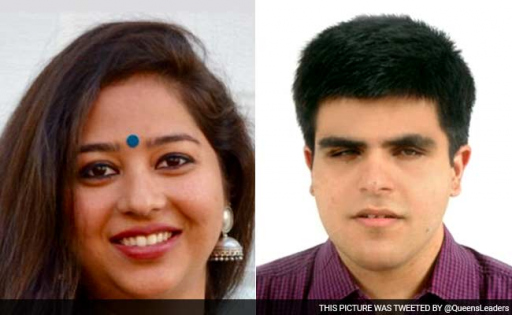 Two Indians have won the Queen's Young Leaders award in the UK for their exceptional work in transforming the lives of others and making a lasting difference in their communities.

•    Kartik Sawhney, 21, and Neha Swain, 28 from India are among 60 others who won the Queen's Young Leaders award 2016 which will be presented by the British monarch at a gala ceremony in Buckingham Palace in June next year.
•    Kartik, who was born blind, has been acknowledged for his exceptional work highlighting universal access to education for all.
•    Project STEMAccess, offers hands-on science workshops in India, as well as virtual training sessions,"
•    Neha, a youth facilitator and co-founder of NGO Rubaroo provides an inclusive space for young people, irrespective of their socio-economic background, to develop their leadership skills through interactive workshops.
•    Her team provides workshops to schools in India free of charge and has so far worked with nearly 2,000 young people in the city of Hyderabad.
•    Queen Elizabeth Diamond Jubilee Trust present the award to recognise young people from across the 53 countries of the Commonwealth who are "taking the lead in transforming the lives of others and making a lasting difference in their communities".
•    The Queen's Young Leaders Programme was established in 2014 by the Queen Elizabeth Diamond Jubilee Trust in partnership with Comic Relief and the Royal Commonwealth Society in recognition of the Queen's lifetime of service to the Commonwealth.
•    The award does not come with any cash incentive. 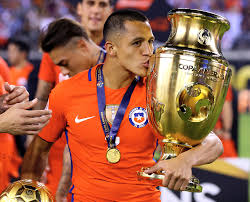 •    Chile beat Argentina on penalties for the second year in a row in the final on Sunday, and Sanchez was then awarded the Golden Ball as the tournament's best player after scoring three goals and setting up two in six games.
•    His teammate Eduardo Vargas won the Golden Boot after finishing as the top scorer with six goals, while Chile goalkeeper Claudio Bravo was awarded the Golden Glove.
•    Lionel Messi, who missed his penalty in the shootout and then said he will retire from internationals.
•    Sanchez, was substituted in extra time of Sunday's final but had been crucial in getting his team that far.
•    He scored twice in a must-win game against Panama that sent Chile through to the knockout stages, then had one goal and two assists in a 7-0 thrashing of Mexico in the quarterfinals.
•    Bravo did not concede a goal in the knockout stages of the tournament, and denied Argentina's Lucas Biglia with a crucial save in the penalty shootout. 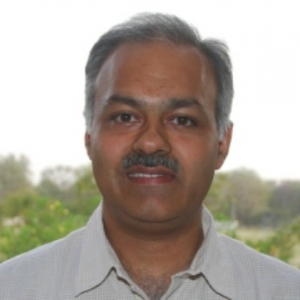 IIT-Kanpur professor Sanjay Mittal in third week of June 2016 bagged the prestigious G D Birla Award for Scientific Research for 2015.
Mittal was instrumental in establishing the High Performance Computing (HPC) facility at IIT Kanpur and heads the National Wind Tunnel Facility.
•    Sanjay Mittal is a Professor of computational fluid dynamics in the Department of Aerospace Engineering at IIT-Kanpur.
•    He completed his BTech from IIT Kanpur in 1988.
•    Thereafter, he got enrolled at University of Minnesota, Twin Cities for MS programme.
•    He received his PhD and worked as a Research Associate under Professor Tayfun E. Tezduyar.
•    Then, he worked at Army High Performance Computing Center for 2 years.
•    He returned to India and joined IIT Kanpur in 1994 as an Assistant Professor.
•    He is also a recipient of the Shanti Swarup Bhatnagar Prize for Science and Technology.
•    His most significant contribution has been in the area of Bluff Body Flows (flows past blunt bodies associated with large unsteady separation and leading to large fluid forces).
•    G D Birla Award for Scientific Research was instituted in 1991 by the K. K. Birla Foundation.
•    It was instituted in honour of the Indian philanthropist Ghanshyam Das Birla.
•    The award is given to an outstanding scientific research, mostly during the past 5 years, undertaken by an Indian scientist, who is below the age of 50, living and working in India.
•    The award is given every year and is available for all branches of science including medical science, basic and applied.
•    G D Birla Award for Scientific Research for 2014 was given to Sanjeev Galande. 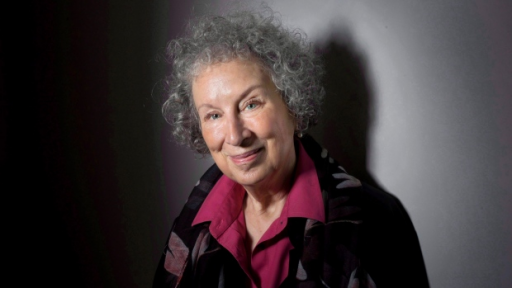 Canadian poet, novelist and environmental activist Margaret Atwood on 16 June 2016 was awarded the 2016 PEN Pinter Prize.
Atwood will receive her award at a public event at the British Library on 13 October 2016.
Atwood was chosen by judges Vicky Featherstone, Zia Haider Rahman, Peter Stothard, Antonia Fraser and President of English

PEN and Chair of Judges, Maureen Freely.
•    Margaret Atwood is a Canadian poet, novelist, literary critic, essayist, and environmental activist.
•    She is also the inventor and developer of the LongPen and associated technologies that facilitate the remote robotic writing of documents.
•    She is a winner of the Arthur C. Clarke Award and Prince of Asturias Award for Literature.
•    She has been shortlisted for the Booker Prize five times, winning once for her novel The Blind Assassin.
•    In 2001, she was inducted into Canada's Walk of Fame.
•    A few of her best novels are The Handmaid's Tale, The Robber Bride, The Year of the Flood among others.
•    The PEN Pinter Prize is an annual literary award launched in 2009 by English PEN.
•    It was launched in honour of the late Nobel Literature Prize-winning playwright Harold Pinter.
•    The award is given to a British writer or a writer resident in Britain of outstanding literary merit who casts an unflinching, unswerving gaze upon the world.
•    The PEN Pinter Prize is one of the many PEN literary awards sponsored by PEN International affiliates.
•    The 2015 PEN Pinter Prize was awarded to James Fenton, who shared the prize with Raif Badawi as the International Writer of Courage. 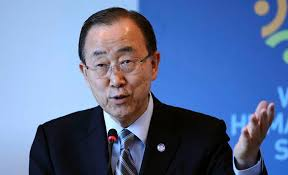 Russian President Vladimir Putin on 8 June 2016 signed a decree awarding the Order of Friendship to United Nations Secretary-General Ban Ki-moon.
•    The officially published decree said that the decoration was awarded to Ban for special merits in strengthening peace, friendship, cooperation and mutual understanding between peoples.
•    Among those awarded are Prince Michael of Kent, Oscar Niemeyer, the architect of the Brazilian capital, and former President of the International Olympic Committee, Jacques Rogge.

•    The order, set up in 1994, is meant to reward Russian citizens and foreign nationals for outstanding accomplishments in strengthening peace and cooperation with Russia, as well as for charity activities.
•    He took office and became the eighth secretary-general of the United Nations on 1 January 2007
•    In June 2011, he was re-elected and will continue to serve as the UN chief until 31 December 2016.
•    Before becoming Secretary-General, he was a career diplomat in South Korea's Ministry of Foreign Affairs and in the United Nations.
•    He entered diplomatic service the year he graduated from university, accepting his first post in New Delhi, India.
•    Ban was the foreign minister of South Korea from January 2004 to November 2006. 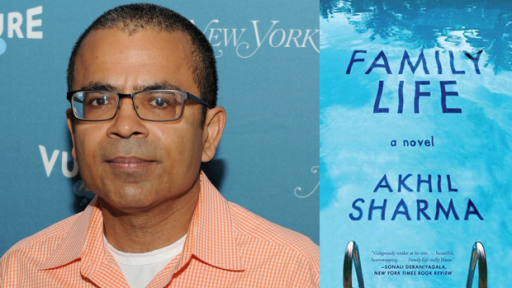 Akhil Sharma has won the world’s richest award for a single novel.
•    Sharma’s Family Life, a mostly autobiographical novel that tells of how a family moves from Delhi to New York, where the older brother has an accident that leaves him brain-damaged and in need of 24-hour care, was named winner of the International Dublin literary award.
•    The India-born American writer describes the almost 13 years it took him to write Family Life as “a nightmare – like chewing stones, chewing gravel”.
•    Sharma’s immediate intentions for his €100,000 cheque include grand and ordinary ambitions.
•    The Irish prize is unusual in that contenders, which must be published in English or English translation, are nominated by public libraries from around the world, with Family Life put forward by the India International Centre library in New Delhi and by Jacksonville public library in the US.
•    It was one of 160 titles up for the prize, with nominations spanning 43 countries. 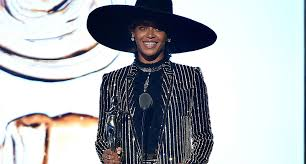 CFDA usually announces the recipient of the CFDA Fashion Icon Award prior to the show but for the 2016 presentation they decided to keep it secret.
•    Beyoncé Giselle Knowles-Carter Receives CFDA Fashion Icon Award.
•    Beyoncé Giselle Knowles-Carter is an American singer, songwriter, record producer and actress.
•    Born and raised in Houston, Texas, she performed in various singing and dancing competitions as a child and rose to fame in the late 1990s as lead singer of R&B girl-group Destiny's Child.
•    Beyoncé has received numerous awards.
•    As a solo artist she has sold over 16 million albums in the US, and over 100 million records worldwide (a further 60 million additionally with Destiny's Child), making her one of the best-selling music artists of all time.
•    The Recording Industry Association of America (RIAA) listed Beyoncé as the top certified artist of the 2000s (decade), with a total of 64 certifications.
•    Her songs "Crazy in Love", "Single Ladies (Put a Ring on It)", "Halo", and "Irreplaceable" are some of the best-selling singles of all time worldwide.
•    In 2009, The Observer named her the Artist of the Decade and Billboard named her the Top Female Artist and Top Radio Songs Artist of the Decade.
•    In 2010, Billboard named her in their "Top 50 R&B/Hip-Hop Artists of the Past 25 Years" list at number 15.
•    In 2012 VH1 ranked her third on their list of the "100 Greatest Women in Music".
•    Beyoncé was the first female artist to be honored with the International Artist