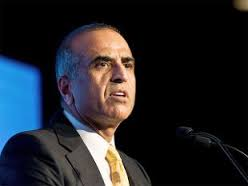 The founder chairman of Bharti Enterprises Sunil Mittal was on 15 June 2016 elected as the chairman of the Paris-based International Chamber of Commerce (ICC). The voting for the election of chairman was held in Sao Paulo, Brazil.
•    With this, he became the 51st chairman of the ICC and the third Indian business leader to be elected as the chief of the ICC in its near 100-year history.
•    Mittal succeed Terry McGraw, Chairman Emeritus of S&P Global, who becomes ICC's Honorary Chairman.
•    ICC also announced that John Denton, Partner and CEO of Corrs Chambers Westgarth, has been elected succeed Mittal as the organisation's First Vice-Chair.
•    The International Chamber of Commerce is the world's largest business organisation with over 6.5 million members in over 130 countries.
•    It was founded in 1919 under the leadership of its first president Etienne Clementel, a former French minister of commerce. Clementel was also instrumental in creating the ICC International Court of Arbitration in 1923.
•    ICC was awarded the highest level consultative status with the United Nations (UN) in 1946,
•    ICC was instrumental in drawing up international treaty of war reparations in 1924 which was drawn up on the recommendations of Dawes Commission.