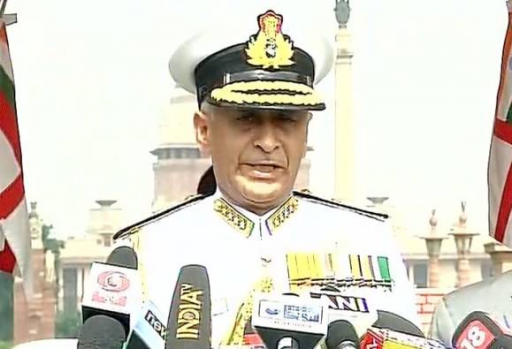 Admiral Sunil Lanba on 31 May 2016 took over as Chief of Naval Staff. 58-year-old Lanba, a specialist in Navigation and Direction, will have the full three-year tenure as the Navy Chief.
•    Lanba succeeded Admiral RK Dhowan.
•    An alumnus of Defence Services Staff College, Wellington, Lanba is the 21st Indian to be the Navy Chief. The first two were British.
•    Born on 17 July 1957, Lanba is a recipient of Param Vishist Seva Medal (PVSM) and Ati Vishist Seva Medal (AVSM) for distinguished service of an exceptionally high order.
•    His operational and staff experience in a career spanning more than three decades include
•    He served as Navigating Officer of corvette INS Sindhudurg and frigate INS Dunagiri.
•    He has commanded four frontline warships namely INS Kakinada (minesweeper), INS Himgiri (frigate) and INS Ranvijay and INS Mumbai, both destroyers.
•    He is also an alumnus of the College of Defence Management, Secunderabad, where he has served as a faculty.
•    Lanba held key staff assignments such as Fleet Operations Officer of the Western Fleet and the Chief of Staff, Southern and Eastern Naval Commands.
•    He was also the Flag Officer Sea Training, Flag Officer Commanding Maharashtra and Gujarat Naval Area and Commandant, National Defence College.
•    He was the Commander-in-Chief of the Southern Naval Command at Kochi, prior to being appointed to head the Western Naval Command. He took over as the Vice Chief on 2 June 2014.