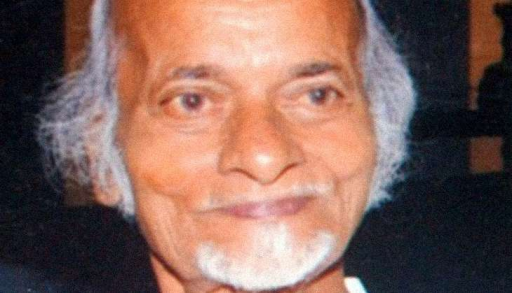 Renowned Hindi novelist and critique Mudrarakshas passed away due to old age related causes in Lucknow, Uttar Pradesh.
Distinguished Hindi writer, activist, thinker and cultural personality Mudrarakshasa passed away on 13 June 2016 following a prolonged illness in Lucknow. He was 82.
•    Born in Behta near Lucknow in 1931, He graduated from Lucknow University and was then employed as Assistant Editor of Gyanodaya that was published from Calcutta from 1955 to 1958.
•    He was the editor of Anuvrata, a Calcutta based magazine.
•    He worked as Editor at All India Radio from 1962 to 1976.
•    His works of theatrical criticism includes Rang Bhumikayen and a book on Nemichandra Jain.
•    He has about thirty stage productions to his credit.
•    Loved as he was for his iconoclastic ideals, well wishers, friends, fans and public gathered at Baikunth Dham for the last rites of the acclaimed writer after he passed away at his home in Khurshaed Bagh.
•    A memorial service for the writer will be held at 4 pm on Wednesday at the Ambedkar Mahasabha office on Vidhan Sabha Marg followed by another one at Press Club at 5.30pm.