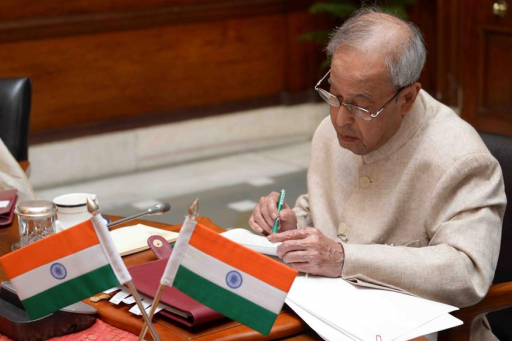 •    Speaking on the occasion, the President said that in the last nearly four years of his Presidency this was the first time that he was having the privilege of interacting with Sarpanchs and village level functionaries in Rashtrapati Bhavan.
•    Since assuming office, he had been emphasizing on the opening of the Rashtrapati Bhavan to the people.
•    The President said that this is a landmark initiative for us as we seek to replicate the experience in transforming the President’s Estate into a smart model township, in five selected villages in Haryana.
•    The five villages which will be developed into the smart villages under this pilot project are Dhaula, Alipur, Harichandpur and Taj Nagar from Gurgaon district and Rojka Meo from Mewat district of Haryana.
•    Among the dignitaries present on the occasion were Chief Minister of Haryana, Shri Manohar Lal, Union Minister for Rural Development, Shri Chaudhary Birender Singh, Minster of Development and Panchayat, Government of Haryana, Secretary, Ministry of Rural Development, Chief Secretary of Haryana, other senior officers of Government of Haryana and Union Government, MLAs of Haryana, community and panchayat leaders and other peoples representatives/stakeholders.