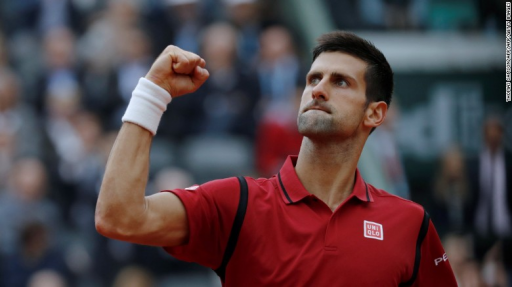 World number one Novak Djokovic on 5 June 2016 won 2016 French Open title. In the final clash in Paris, Djokovic defeated Britain's Andy Murray 3-6, 6-1, 6-2, 6-4.
•    It was Djokovic's first French Open title and 12th major title of his career. Other 11 titles include six Grand Slam titles from the Australian Open, three from Wimbledon and two from the US Open. Among men, only Roger Federer (17), Rafael Nadal (14) and Pete Sampras (14) own more.
•    With this win, he also became the first man since Rod Laver in 1969 to hold all four Grand Slams at once. The 29-year-old also becomes the third man ever to hold all four Grand Slam titles at the same time, joining American Don Budge and Australian Rod Laver in a quite remarkable feat.
•    Djokovic was born on 22nd  May 1987 in Belgrade, Socialist Federal Republic of Yugoslavia, to parents Srđan and Dijana .
•    His two younger brothers, Marko and Djordje, are also tennis players with professional aspirations.
•    Residing in Monte Carlo, Djokovic was coached by former Slovak tennis player Marián Vajda from 2006 until Boris Becker took over the role of Head Coach in December 2013.
•    Djokovic is a self-described fan of languages, speaking Serbian, English, French, German and Italian.