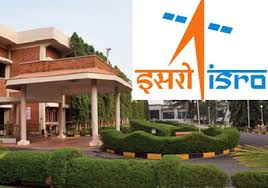 Dhekane is the seventh director of IISU.
•    Madhav Dhekane obtained a B-Tech degree in electrical engineering and an M-tech degree in Systems and Control from Indian Institute of Technology, Mumbai.
•    He had joined Vikram Sarabhai Space Centre (VSSC) in 1983.
•    He holds wide experience and expertise in the launch vehicle control and guidance design, onboard software development and mission design, and analysis.
•    He had also held various significant positions in ISRO such as Deputy Director, Control, Guidance & Simulation Entity at VSSC, Chief Controller at VSSC and Associate Director (R&D) at VSSC.
•    The ISRO Inertial Systems Unit is a research and development unit of the Indian Space Research Organisation (ISRO).
•    IISU is located in Thiruvananthapuram, Kerala.
•    It specialises in inertial sensors and systems in satellite technology.
•    Its specialized fields include the fields of launch vehicle inertial systems, spacecraft inertial systems, inertial sensors evaluation and simulation, inertial system production and more.
•    The unit has the total capability to design, engineer, develop, qualify and deliver inertial systems for the entire Indian Space programme.