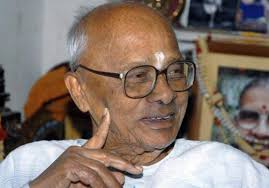 Noted Kannada writer D Javare Gowda, popularly known as De Ja Gow, passed away on 30 May 2016 following a cardiac arrest in a private hospital at Mysore. He was 101. He is survived by a daughter, a son and grandchildren.
•    He was a disciple of Kannada doyen and poet laureate K V Puttappa.
•    Gowda served as the Vice-Chancellor of Mysore University from 1969 to 1975.
•    He dedicated much of his time and efforts towards protecting Kannada and promoting the language as the medium of instruction in schools.
•    He played an important role in getting the classical language status for Kannada by launching an indefinite fast and threatening to return the Padma Shri that was conferred on him in 2001.
•    He also awarded with the Pampa Prishathi in 1998 and the Guru Award in 2003.
•    In recognition of his contribution to literature and the cause of Kannada, the Karnataka government has honoured him with the Karnataka Ratna (2008) and the Nadoja title (2003).
•    His works include Lakshmishana Jaimini Bharata (1957), Kanakadasara Nalacharitre (1959), Andayyana Kabbigara Kavya (1965), Chikkupadyayana Rukmangada Charitre (1964) and many more.