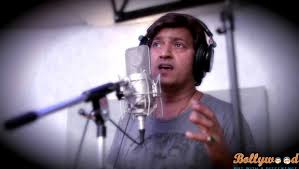 Music director Aadesh Shrivastava, who was in critical condition and undergoing treatment for cancer, passed away in Mumbai on Saturday at 12:30 am, a day after he turned 49.Aadesh Shrivastava was being treated at Kokilaben Dhirubhai Ambani Hospital for the past 42 days and had been putting up a fierce fight against the disease. He had reportedly shown signs of improvement, impressing the doctors and medial specialists.Aadesh, who rose to fame with his musical compositions for films like ‘Chalte Chalte’, ‘Baabul’, ‘Baghban’, ‘Kabhie Khushi Kabhie Gham…’ and ‘Rajneeti’ among others, also sang a number of songs including ‘Sona sona’, ‘Shava shava’, ‘Gustakhiyaan’ and ‘Gur nalon ishq mitha’.