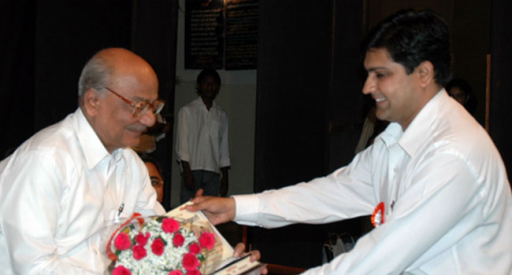 Marathi litterateur and critique R.G. Jadhav, passed away at his residence following a prolonged illness.

•    He was best known for his 91 reflective poems on Mahatma Gandhi.
•    A prolific literary critic, Professor Jadhav, who was born at Vadodara in Gujarat, taught Marathi literature in various colleges across Maharashtra, including Elphinstone College in Mumbai and Milind College in Aurangabad, among others.
•    Prof. Jadhav presided over the 2004 Marathi Sahitya Sammelan held at Aurangabad and served as chief editor of the ‘Marathi Vishwakosha’ based in Wai between 2000 and 2002.
Conceived along the lines of the World Almanac and the Encyclopaedia Britannica, the ambitious ‘Vishwakosha’ project, launched by the State government in 1960 in an effort to inform and edify the Marathi-speaking world on modern science and arts, began as a print concept before moving online in 2011.