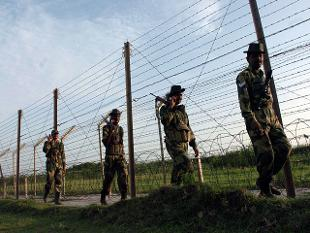 Per Lodin, Major General of Sweden, was on 8 June 2016 appointed as the Head of the UN Military Observer Group in India and Pakistan (UNMOGIP). Lodin's appointment was approved by United Nations Secretary-General Ban Ki-moon.
•    Major General Lodin succeeds Major General Delali Johnson Sakyi of Ghana, who will complete his two-year assignment as Chief Military Observer and Head of UNMOGIP on 2 July 2016.
•    Lodin is currently the head of Strategic Material Management at Forsvarets materielverk (FMV), the Swedish Defence Ministry’s procurement and logistics arm.
•    He had earlier served as the head of the task force centre of Kosovo Force (KFOR), the multi-national peacekeeping mission led by NATO in 2006-2007.
•    He began his military career in the Swedish Army in 1978.•    According to the Security Council mandate, UNMOGIP reports on ceasefire violations along the Line of Control between India and Pakistan in Jammu and Kashmir.
•    It also observes and reports developments that could lead to ceasefire violations.
•    It has personnel from 10 countries comprising 44 military members and 72 civilian staff.
•    UNMOGIP began the operations in 1949.
•    While on the other hand, Pakistan’s Prime Minister Nawaz Sharif has called for an expansion of the UNMOGIP and his country continues to file complaints with it about alleged Indian ceasefire violations.
•    In 2014, India asked the UNMOGIP to leave the government building it had provided the mission.