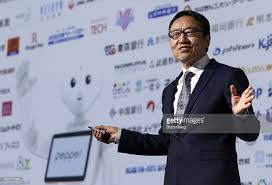 Japanese conglomerate Soft Bank on 22 June 2016 named Ken Miyauchi, head of the group's Japanese telecommunications operations, as President and Chief Operating Officer (COO).
•    The appointment came after Nikesh Arora had abruptly resigned from his position after it became clear that Chairman and CEO Masayoshi wanted to remain at the helm longer than first planned.
•    Before being named as President and COO of Soft Bank, Ken Miyauchi led the Japanese telecommunications operations.
•    He held 1101230 shares of SBG as of 31 March 2016.
•    He joined SOFTBANK Corp. Japan in October 1984.
•    Soft Bank Group Corporation is a Japanese multinational telecommunications and Internet corporation.
•    It was established in Tokyo, Japan, on 3 September 1981.
•    As of 2015, Soft Bank was the 62nd largest company in the world based on a composite of sales, profit, assets and market value.