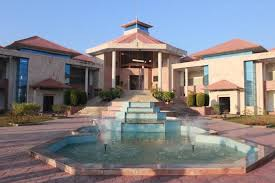 Justice Rakesh Ranjan Prasad, the senior-most Judge of the Manipur High Court on 13 June 2016 assumed charge of the Chief Justice of the High Court.
He succeeded Justice Laxmi Kanta Mohapatra who relinquished the office on 9 June 2016.
•    Earlier on 9 February 2016, Justice Prasad was transferred from Jharkhand High Court to Manipur High Court. He was transferred by President of India in exercise of the powers conferred by clause (1) of article 222 of the Constitution of India.
•    Clause (1) of Article 222 of the Constitution empowers the President to transfer a judge from one high court to other high court, which can be done after consultation with the Chief Justice of India.
•    Born on 1 July 1955, Prasad did his schooling and graduation from Bihar.
•    He is a Science graduate and obtained his LL.B. Degree from Patna Law College, Patna.
•    He was enrolled as an Advocate in Bihar State Bar Council, Patna on 17 September 1980 and practiced in the area of Civil, Criminal and Writ matter at Patna High Court, Patna.
•    He joined into Superior Judicial Service as Additional District Judge on 6 May 1991 and was promoted to the post of District Judge on 8 June 2001.•    He was joined as Registrar General, High Court of Jharkhand on 8 June 2001.