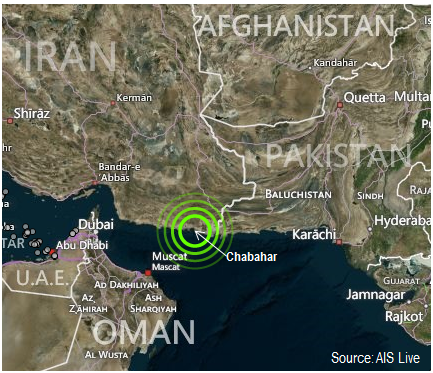 India, Iran and Afghanistan  on 23 May 2016 signed the agreement on Trilateral Transit and Transport Corridor.
•    The agreement was signed in the presence of Prime Minister Narendra Modi, President Hassan Rouhani of Iran and the Afghan President Ashraf Ghani in Tehran.
•    The purpose of the agreement is to facilitate seamless transport of goods between India and Afghanistan via the Chabahar port that is strategically located in the South East of Iran.
•    This agreement is expected to bring down cargo tariffs and boost regional economic development.
•    Besides, India and Iran also signed an agreement for the development of the Chabahar port. This agreement is complementary to the agreement on Trilateral Transit and Transport Corridor.
•    Under the agreement, India will develop the Chabahar port in Iran at an estimated cost of 150 million US dollars.
•    Two countries share some common strategic interests.
•    India and Iran differ significantly on key foreign policy issues.
•    India supports the presence of NATO forces in Afghanistan unlike Iran.
•    Iran is the second largest supplier of crude oil to India, supplying more than 425,000 barrels of oil per day
•    India is one of the largest foreign investors in Iran's oil and gas industry.