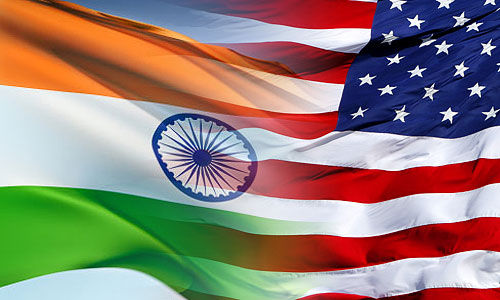 India and the United States (US) on 8 June 2016 signed eight agreements in various fields including exchange of Terrorist Screening Information, cooperation on Energy Security, Clean Energy and Climate Change among others.
•    Technical Arrangement concerning Unclassified Maritime Information Sharing: The arrangement would allow sharing of unclassified information on White Shipping between India and the US as permitted by respective national laws, regulations and policies, and provides a framework for mutually beneficial maritime information. It was inked between the Indian Navy and the United States Navy.
•    MoU for Cooperation in Gas Hydrates: The MOU aims to increase the understanding of the geologic occurrence, distribution, and production of natural gas hydrates along the continental margin of India and in the US.
•    It was inked between the Union Ministry of Petroleum and Natural Gas and the Department of Energy of the United States.
•    Information Exchange Annex (IEA) to the Master Information Exchange Agreement concerning Aircraft Carrier Technologies: IEA is aimed to enhance data and information sharing specific to aircraft carriers technology between India and the US.
•    It was finalized between the Ministry of Defence and the Department of Defense of the United States.
•    Logistics Exchange Memorandum of Agreement: The agreement is aimed at facilitating mutual logistic support between India and the US for authorized port visits, joint exercises, joint training and HA-DR (humanitarian assistance and disaster relief).
•    It was finalized between the Ministry of Defence, Government of India and the Department of Defense of the United States.
•    Apart from signing of the MoUs/agreements, the two leaders, Modi and Obama also issued a joint statement in which US recognized India as a major defence partner. Under this, US will allow India to buy more advanced and sensitive technologies.
•    This move will also complement India’s entry into the Missile Technology Control Regime (MTCR). MTCR is an exclusive club that restricts trade in sensitive defence technologies.
•    The US also declared that it will be its “strong objective to have India voted as a member of the Nuclear Suppliers Group (NSG), another export control regime, later in June 2016.