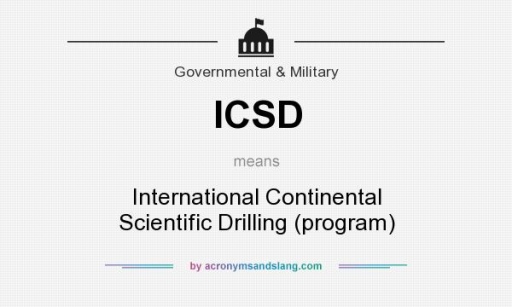 The Union Cabinet on 15 June 2016 gave its approval for Indian membership of the International Continental Scientific Drilling Program (ICDP) consortium.
The approval clears the path for signing a Memorandum of Understanding (MoU) with the GFZ - Helmholtz Centre Potsdam (German Research Centre for geosciences). The GFZ is a government-funded, Public Law Foundation of the State of Brandenburg, Germany.
•    The MoU, which will be in force for 5 years, will enable India in engaging internationally renowned experts with profound expertise in different aspects of scientific drilling.
•    The deep drilling and associated investigations will be conducted in Koyna region in Maharashtra.
•    As a part of the membership agreement, India will get a seat on two ICDP panels - Executive Committee (EC) and Assembly of Governors (AOG).
•    ICDP will provide technical / operational support, facilitate capacity building in terms of manpower training in key scientific areas, sample and data management
•    The ICDP will also support workshops for the Koyna scientific deep drilling project undertaken by Ministry of Earth Sciences.
•    As a member of ICDP, scientists/engineers from India would have right to submit proposals, to participate in all ICDP co-funded workshops and drilling projects.
•    They will get access to all data results from ICDP projects. This will shed new light on the genesis of seismicity and better understanding of earthquake processes.
•    It was founded in February 1996 in the German Embassy in Tokyo as a result of the German Continental Deep Drilling Program.
•    It is a multinational program to further and fund geosciences in the field of Continental Scientific Drilling.
•    The research findings will provide direct insight into Earth processes by testing geological models.
•    The GFZ German Research Centre for Geosciences serves as the headquarters for the ICDP.
•    Members of ICDP: Austria, Belgium, Canada, China, the Czech Republic, Finland, France, Germany, Iceland, India, Israel, Italy, Japan, New Zealand, Norway, Poland, South Korea, Spain, Sweden, Switzerland, the Netherlands, the UK, the USA and UNESCO.