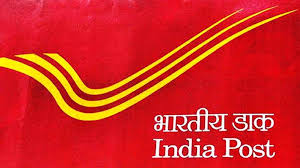 India Post launched a logo and tagline design contest for the soon to be set up India Post Payments Bank (IPPB) on the MyGov website.
Union Cabinet gave its approval 1 June 2016 to set up the IPPB under the Department of Posts to further financial inclusion in India.
India Post wants to involve the people of India in designing the DNA of the India Post Payments Bank. So, it is conducting a contest for the design.
It has also initiated a nationwide survey to understand the needs of different segments of customers.
• IPPB will offer digitally enabled payments, banking and remittance services of all kinds between entities and individuals.
• It also provides access to insurance, mutual funds, pension and credit products in partnership with third party financial service providers and Banks.
• Cocreating value propositions and products with its customers and other stakeholders is one of the guiding principles of IPPB.
• It is poised to emerge as the main vehicle of financial inclusion in the country by bringing the physical reach of 1.55 lakh post offices.
• It will be a modern payments platform powered by ubiquitous information and communication technologies together to create a national payments architecture that can be accessed by all users like never before.
• The roll out of the IPPB is to be completed by September 2017.
contest is open to all Indian citizens, institutions, agencies and entities for a period of one month, until 9 July 2016.
• The best entry will be awarded 50000 rupees.
• A panel of eminent designers/ experts will help shortlist 20 best entries which will thereafter be put up for voting on the MyGov platform for the final selection of the winner.