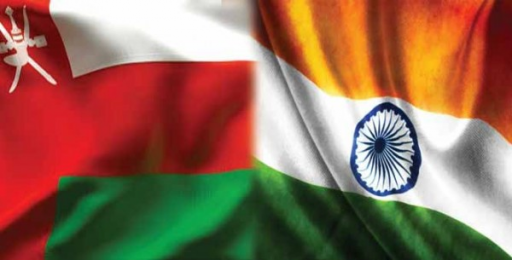 India and Oman on 22 May 2016 signed 4 Memorandums of Understanding in Muscat. They were signed during the visit of Indian Defence Minister Manohar Parrikar to Oman.
•    MOU on Defence Cooperation between the Ministry of Defence of Sultanate of Oman and Ministry of Defence of India
•    MOU between the Royal Oman Police (Coast Guard) and the Indian Coast Guard in the field of Marine Crime Prevention at Sea
•    MOU between the Government of the Sultanate of Oman and India on Maritime Issues
•    Protocol between the Government of the Sultanate of Oman represented by Royal Air Force of Oman and the Government of India represented by the Indian Air Force on Flight Safety information Exchange
•    Defence cooperation with Oman is of importance for India due to Oman’s strategic location at the mouth of the Persian Gulf.•    Bilateral relation between Indian and Oman were formally established with signing of a 1953 Indo-Oman Treaty of friendship, Navigation and Commerce, a first between India and an Arab country.
•    A military protocol was signed in 1972, and the two air forces together conducted Exercise Eastern Bridge in 2009 in Oman and in 2011 in India.
•    Since 1993, navies of both the countries have been conducting joint exercises - Naseem Al Bahr.
•    The most recent exercise was conducted in the Arabian Sea off Goa coast in January 2016. It was the 10th edition Naseem Al Bahr.
•    The Indian Navy has berthing rights in Oman and has been utilizing Oman's ports as bases for conducting anti-piracy operations in the Gulf of Aden.