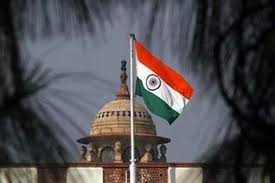 India on 8 June 2016 signed a Europe-led scheme that seeks to clampdown on tax evasion and corruption by committing to automatically exchange information on beneficial ownership.
•    With this, India joined a group of nearly 40 nations that are signatories of a scheme.
•    Under the scheme, the signatories commits to the initiative to automatically exchange information on beneficial ownership.
•    The next stage will be for the development of a global standard for this exchange.
•    The scheme was announced in April 2015 by Britain, France, Germany, Italy and Spain.
•    The signatories to the scheme will have to provide one another free access to information on who ultimately owns companies.
•    Besides India, some of the other countries outside Europe on the list include Afghanistan, Nigeria, Mexico and the UAE. Most European countries except Switzerland are part of this automatic exchange mechanism.
•    It seems that the step is in the direction to Prime Minister Narendra Modi’s 2014 election pledge in which he said that he will recover billions of dollars sent to tax havens abroad to avoid income tax.